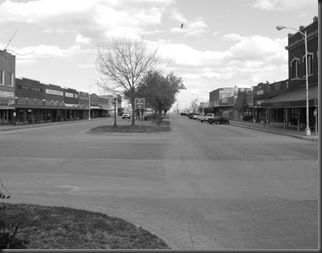 t’s springtime on the Texas panhandle, and that means uncertain weather, although it’s certainly going to be windy. And it is, to the tune of a 30-knot crosswind, with 50-knot gusts on the highway north. And so, we decided to spend the day in Post, a community of less than 4000 hardy souls, founded by cereal magnate C.W. Post and where the principle employer is a state prison. It’s not exactly a beehive of excitement as you can see by the picture taken on Saturday evening. I took the picture in B&W since I think it conveys the sense of emptiness and lost prosperity. It’s too bad, it must have been a pretty town in it’s prime. 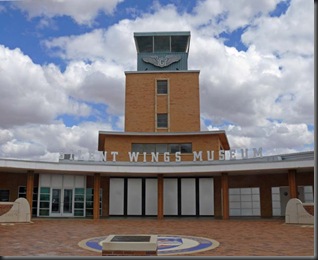 To pass the time, I explored things to do in Lubbock and came across an entry for the Silent Wings Museum, which highlights combat glider operations in WWII. It fit our criteria as something new and unusual, so off we went to nearby Lubbock. 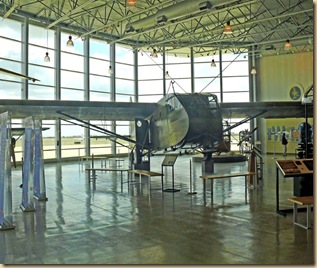 The museum is housed in what was once the airport terminal, complete with the old control tower. We were truly impressed by the museum and it’s collection of memorabilia. An excellent 15-minute film provided an overview of glider operations during WWII, and was a great introduction to the exhibits in the “hanger” and elsewhere. It’s an amazing story that’s not well known - 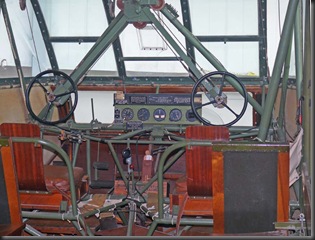 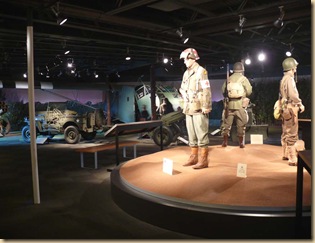 tubular gliders, towed by C-47s, carrying infantry and equipment on one-way missions behind enemy lines,silently swooping in and landing in fields. The gliders, built to be light, offered no protection from ground fire and as you can see by the picture of the cockpit, were pretty austere inside. It was dangerous work and the pilots, who wore aviator wings with a large “G” in the middle, said that the “G” was not for glider, but for “guts”. Unlike other pilots, glider pilots also trained as infantrymen since in most cases they’d be fighting beside the troops they carried in. 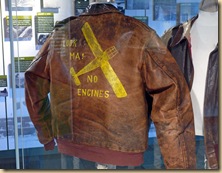 The museum was full of interesting items that gave us insight to the daily lives of the crews. There were newspaper stories of post activities, like bowling and softball tournaments, visits by movie stars and important leaders of the day, and best of all, plenty of pictures of people living their lives and preparing for war. The quality of the exhibits was unusually good, the folks that put this museum together can be proud of their work. We finished our visit with a new understanding and appreciation for this courageous group of men and their accomplishments, and highly recommend a visit if you’re in the area.

Tomorrow is another travel day as we head north through the Oklahoma Panhandle and into eastern Colorado. As the Mac Davis song said, “happiness is Lubbock ,Texas in the rear view mirror” since it means we’re on our way again. C’mon back and see where we’re at next!

It’s been a while since I’ve posted – sorry, we’ve been busy with spring cleaning and travel preparation and really haven’t done anything all that interesting. Brenda’s been visiting her mom back in Ohio, but before leaving gave me a written list of things to do, including the item “talk to the cat”. Notice that she didn’t say “yell” or “swear at”. Darn. 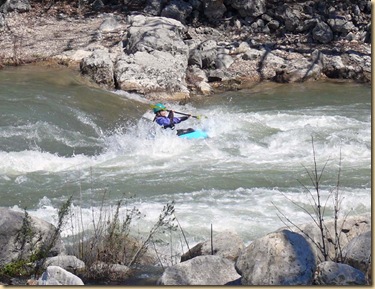 It’s been an interesting time here on the river. This is the first year since we’ve been coming here that Canyon Lake is full and that the dam is releasing a normal flow of water. It’s amazing; the placid Guadalupe River has turned into a raging torrent, and the area in front of our motorhome, which was a quiet waterfall, is now a roaring series of rapids. This weekend was the first week of Spring Break for the area colleges, and the 70+ degree weather and the fear of going to Mexico has resulted in the park being packed with young people, tents, and a desire to float the river. It’s been interesting to watch; there are kayakers with helmets and life jackets, rafters without 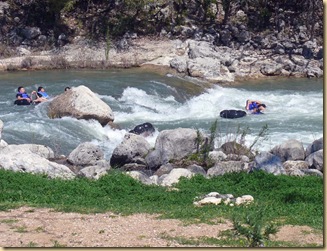 helmets but with life jackets, and the college students on tubes, no helmets, life jackets, or common sense - but a large enough supply of beer to float to the Gulf of Mexico. The typical group would come floating down the river towards the rapids, happily drinking beer, then the girls would start screaming as they entered the rapids. After that, it would be a foam-clouded scene of flying legs, upturned tubes, and a 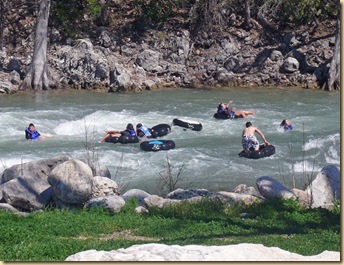 debris field about the size of the Titanic’s. Somehow everyone survived, at least this week. But, next week is supposed to be an even bigger week, so we’re looking forward to the entertainment.

We’ll be leaving in a week to start our trip to Oregon for the summer. We’ll be spending a couple of days in the Rapid City area to renew our Driver’s Licenses and visit the Ellsworth AFB commissary before continuing on. There should be some interesting things to see on the way, so don’t forget to check back and see how we’re doing!