Keep Movin’ Brenda Lee, or the Kudzu Will Git Ya! 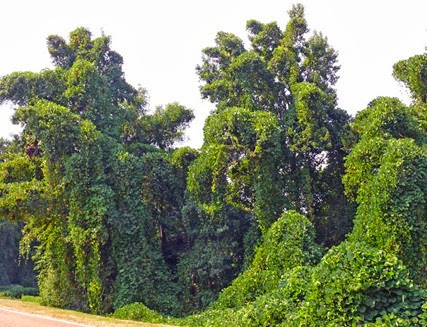 Heading down the interstate from the Northeast, you don’t need a map to tell you that you’re entering the South. 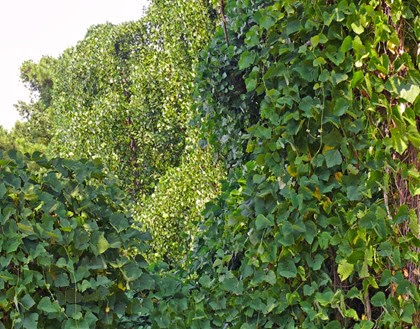 Cracker Barrel restaurant signs start popping up at almost every exit.  Ordering iced tea with a meal requires stating whether you want it “sweet” or “unsweet”.  “Waffle House” and “Huddle House” diners replace “Steak and Shake” and “Bob Evans”.  And the landscape begins to be transformed by Kudzu (cud-zoo).
Kudzu was introduced to the United States in 1876 at the Centennial Exposition in Philadelphia, Pennsylvania. Countries were invited to build exhibits to celebrate the 100th birthday of the U.S. The Japanese government constructed a beautiful garden filled with plants from their country. 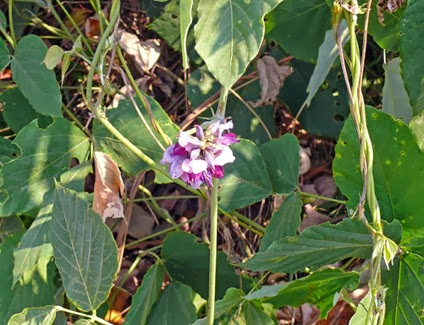 The large leaves and sweet-smelling blooms of kudzu captured the imagination of American gardeners who used the plant for ornamental purposes.  As people began to plant it, especially in the south, it became popular not only as a flower but for grazing cattle and erosion control.  Unfortunately, or maybe not, the insects that control Kudzu in it’s native environment didn’t come here with the plant.  Blink your eyes…..and today there are over 7 million acres of Kudzu, growing by 150,000 acres a year, blanketing the Southeastern U.S.  You can understand how it earned the nickname “The vine that ate the South”. 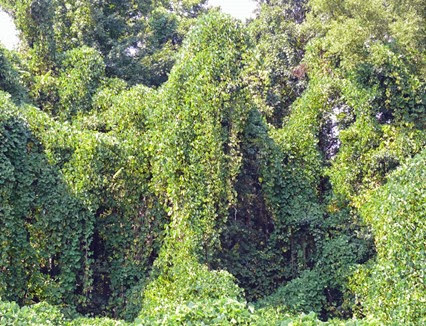 Some people love Kudzu – you can make baskets from the vines, jellies from the blossoms, and it makes great grazing for cattle and goats.  But the good uses for Kudzu don’t come close to the damage it causes.  It covers and kills trees, shorts out power lines, and has been known to smother elderly people if they don’t keep moving (I read it on the internet, so it must be true).  It also grows into some really interesting shapes – click here. 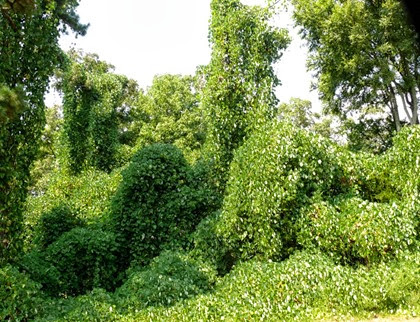 Kudzu vines can grow as much as a foot a day, and it is almost impossible to kill.  One researcher spent 18 years trying to find a herbicide that would kill it, and found that one actually made it grow better, while others took ten years to have an effect.  Goats are the most effective Kudzu control – a herd can eat an acre a day.  So if you’re planning on Rving for extended periods in the South, trade in that dog or cat for a goat or two – it could save your life!
We’re settled in as Winter Texans in a nice park in the Hill Country near Wimberley.  Check back, we’ll be out and about!
Posted by DNPC at 11:07 AM 2 comments: