From the Beach to the Desert

This winter we’re volunteering at the Desert National Wildlife Refuge just outside Las Vegas, so it was time to say goodbye to the Oregon Coast and hit the road.  Before we left, we enjoyed a walk on the beach near Bandon during a sunny, warm day.  It was shortly after a major storm, and the beach was littered with interesting stuff that the waves and tide had washed ashore.  There were piles of what looked like the innards of a large space alien. 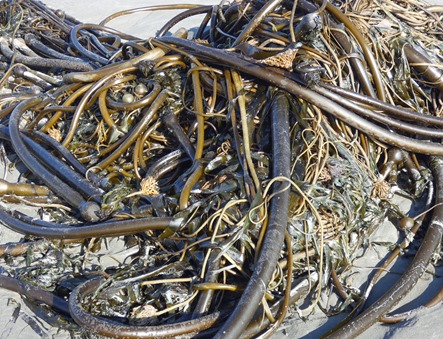 Or it could be kelp.  But that would be boring so we prefer to think of them as alien innards.  We suspect that their spaceships were brought down by the chemtrails from airliners.  It must be true because we read about it on Facebook.

There’s something about a walk on the beach that rejuvenates the spirit.  The crashing waves, screaming gulls, and bright sun always lift our spirits. 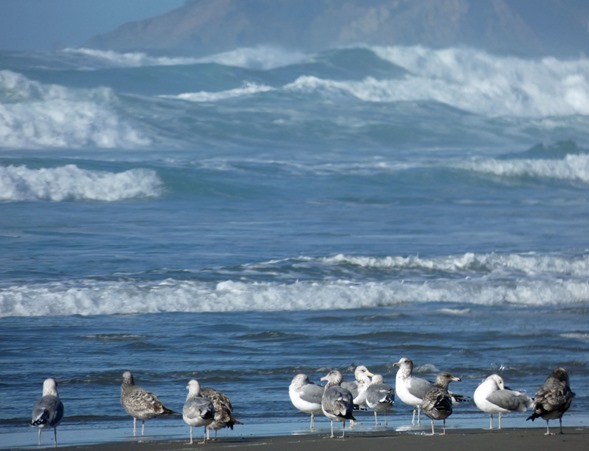 Stocked up with frozen organic Blueberries and jars of Marionberry jam, we headed down I-5.  After a stop for annual motor home maintenance, we crossed over the mountains at Bakersfield and turned north up the east side of the Sierras to one of our favorite stops, Lone Pine, California.

Outside of Lone Pine, the Alabama Hills and the Sierras have been the filming location of hundreds of movies and television series.  Most of my childhood favorites; The Lone Ranger, The Cisco Kid, Roy Rogers, and many others were filmed here.  This area also filled in for India for the movies “Gunga Din” and “Lives of the Bengal Lancers,” among others.  Driving through the Alabama Hills, with Mount Whitney in the distance, it’s easy to imagine the Lone Ranger and Tonto riding down the road, or one of the “Graboids” from the movie “Tremors” popping up. 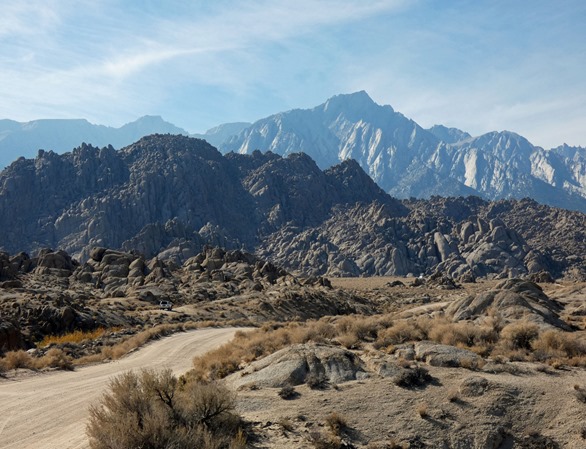 There aren’t many trees, but this Cottonwood was a spectacular spot of color: 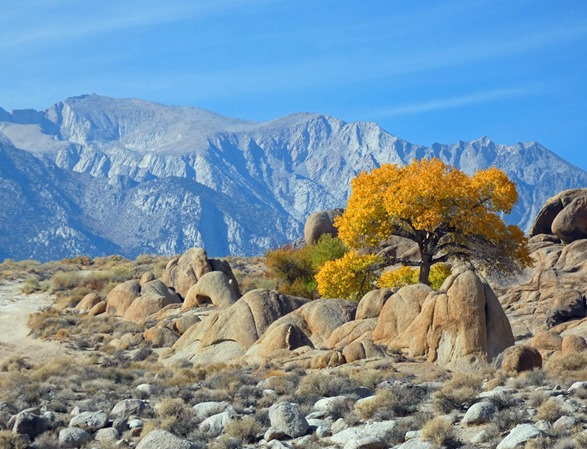 Just west of the Alabama Hills, the view opened up with this spectacular vista: 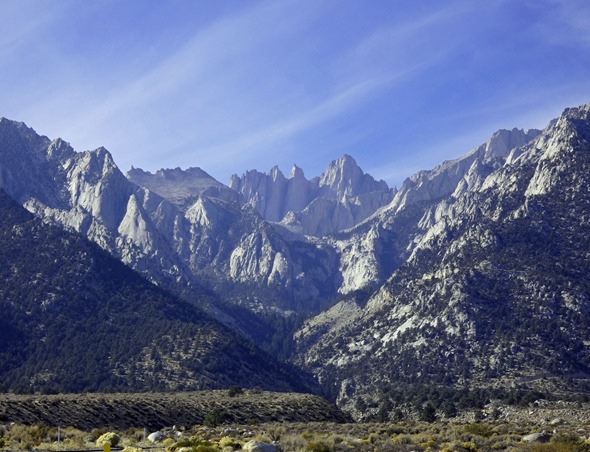 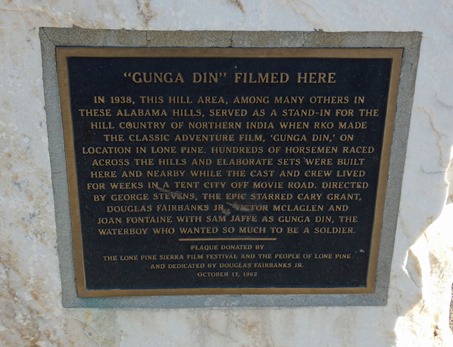 e in the late 30’s, is one of the classics we always enjoy.  So off we went to find some of the sites where filming took place.  We found the area where the English army is about to be ambushed; there’s a monument describing the movie and nearby is the “Khyber Pass”. 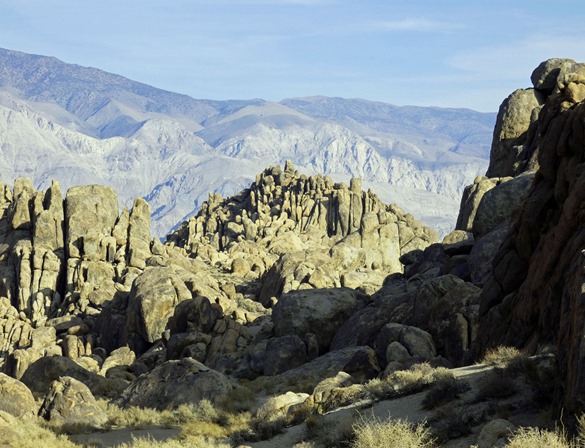 But our favorite location is the site where Cary Grant and Sam Jaffe, accompanied by their elephant, start to cross a suspension bridge over a huge chasm.  In the movie, they panic 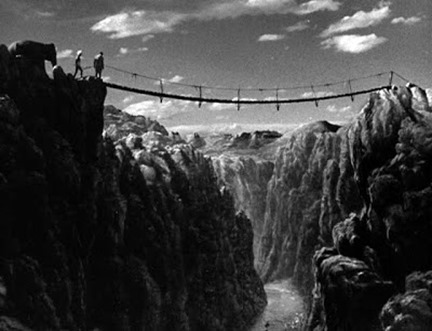 when the elephant tries to follow them across the bridge.  In an era well before computer-generated graphics, it’s amazing to see how realistic the chasm is – because the bridge is only about six feet above the ground.  We found the site where the scene was filmed; the rocks still have remnants of the bridge support and ramp that was used for the elephant.  In fact, along with a van, we parked in the “chasm”!

Taking a break from exploring, we visited the Lone Pine Film History Museum, a place packed with memorabilia and information.  Clothing worn by John Wayne, Roy Rogers, and cast members of many movies and TV shows are on display; there’s even the actual car that Humphrey Bogart drove in the movie “High Sierra”. 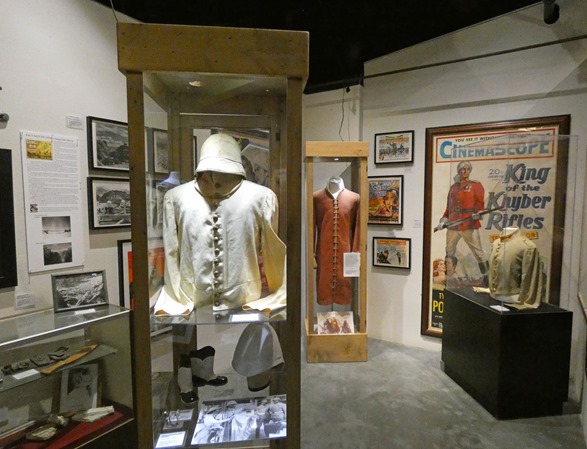 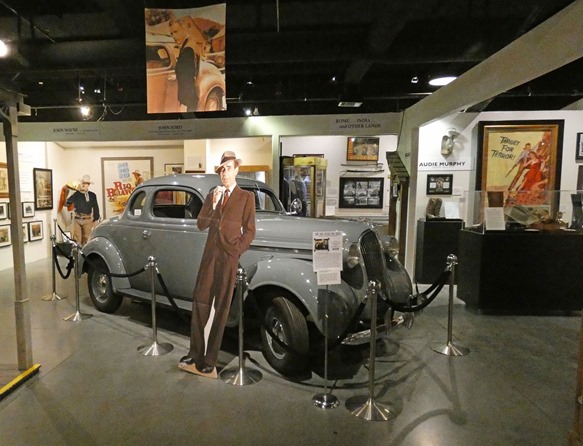 Some of the more recent movie props are also here.  Brenda made friends with a “Graboid” and “Assblaster” from the movie “Tremors”. 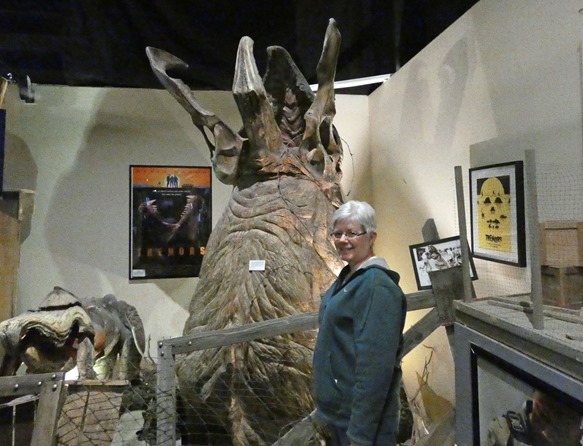 Finally, we drove the road up into the mountains and to Whitney Portal, the film site for “High Sierra” and the jumping off point for hikers climbing Mount Whitney.  It is impossible to describe the beauty, so I won’t try. 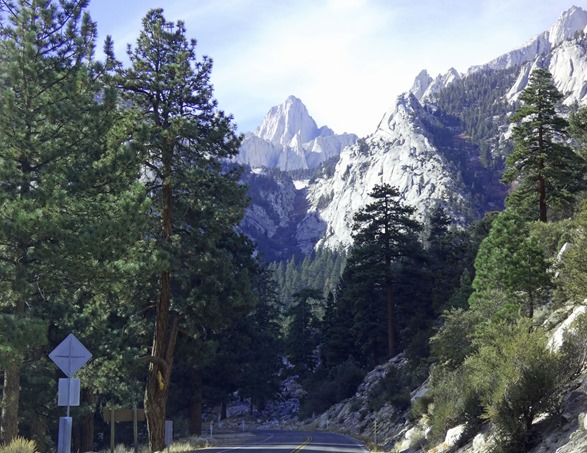 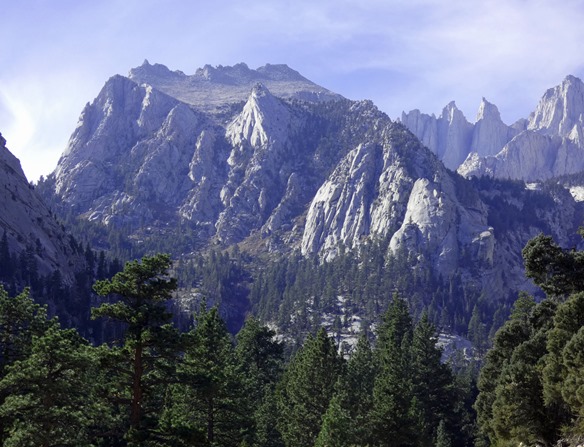 We’ve arrived at our winter home and are getting settled in – we’ll be back with an update soon!