We’ve been plagued with rain, wind, and cool weather as spring slowly exits the Black Hills, so when the skies cleared and the temperatures were forecast to reach the mid-70s, we grabbed our fellow volunteers Charlie and Jan and headed for one of our favorite sights, Devil’s Tower. 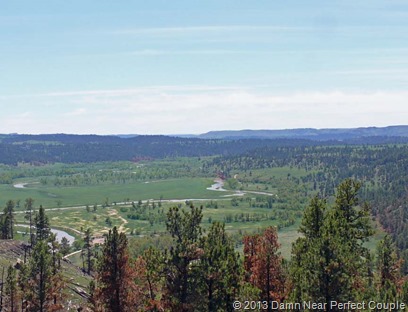 We left Spearfish and headed for Belle Forche (bell-foos), where we turned west and skirted the Bear Paw mountains on our way to the tower.  It’s beautiful country this time of year, with vibrant green hills and flowing streams.  We passed through the small western town of Hulett, and not long after, Devil’s Tower started to fill the horizon. 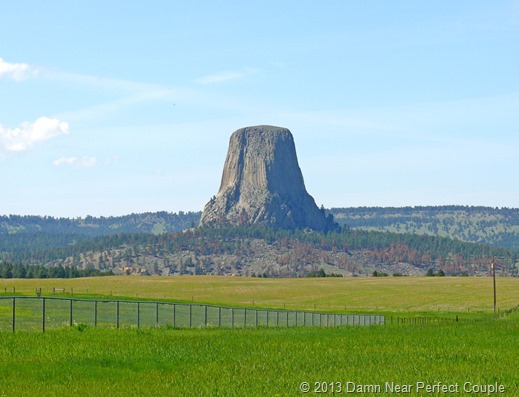 Seeing the tower for the first time is a surreal experience – in contrast to the rolling, forested hills in the area, the tower seems out of place.  It’s not too crowded with visitors this time of year, but even so, the main parking lot was full and there were a large number of families crowding the rather small visitor center.  From outside the center, the tower view is nicely framed with the American flag: 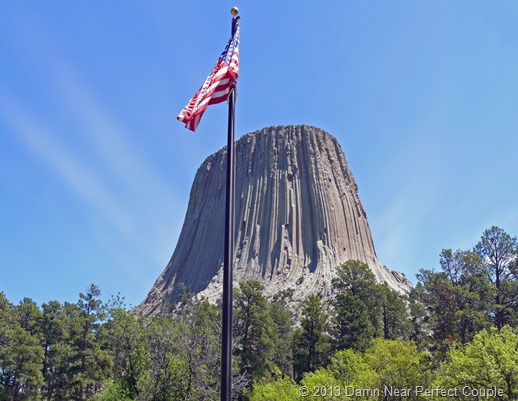 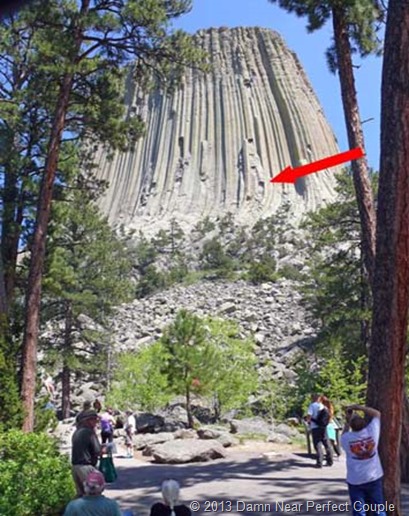 A short climb up the paved path brings you to the start of the loop trail, a paved 1 1/4 mile, fairly easy walk through the pines.   For a reason unknown to us, some people feel the need to climb the tower – the arrow points to the location of a solo climber visible in the next photo: 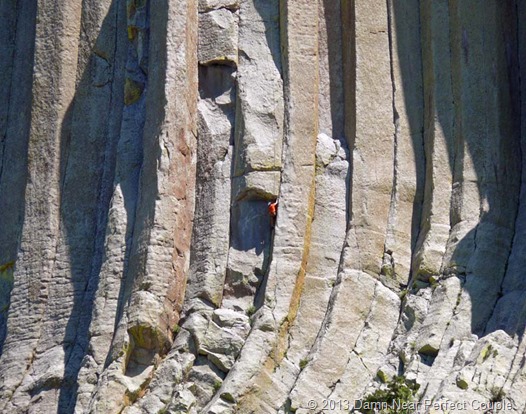 If you manage to reach the top, you get to rope-up and rappel back down: 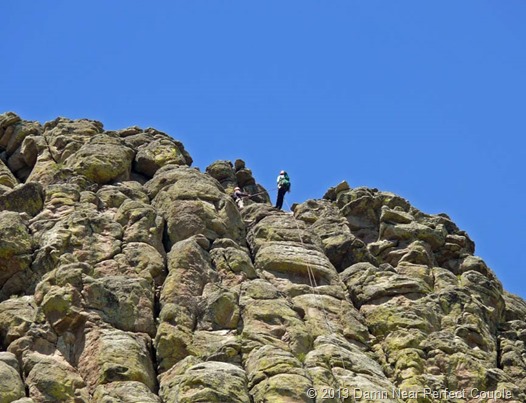 As you walk the loop trail, you’re presented with different views of the tower, and you can better see how the molten rock , twisted in some places, formed the columns.  You can also understand the Lakota Sioux legend:
“One day, an Indian tribe was camped beside the river and seven small girls were playing at a distance. The region had a large bear population and a bear began to chase the girls. They ran back toward their village, but the bear was about to catch them. The girls jumped upon a rock about three feet high and began to pray to the rock, "Rock, take pity on us; Rock, save us." The rock heard the pleas of the young girls and began to elongate itself upwards, pushing them higher and higher out of reach of the bear. The bear clawed and jumped at the sides of the rock, and broke its claws and fell to the ground. The bear continued to jump at the rock until the girls were pushed up into the sky, where they are to this day in a group of seven little stars (the Pleiades). The marks of the bear claws are there yet. “
Views from the trail: 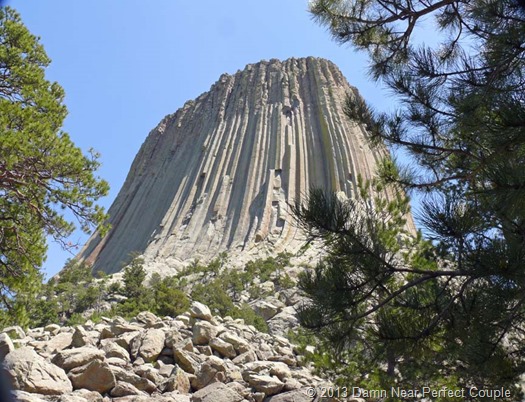 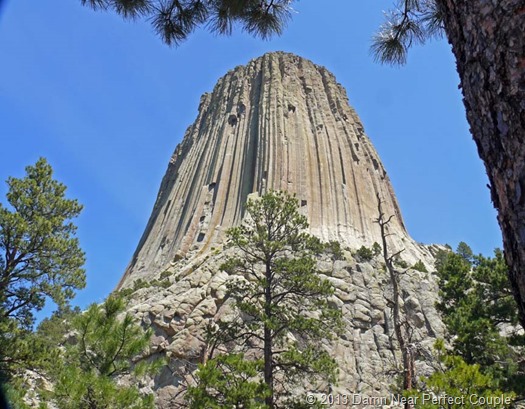 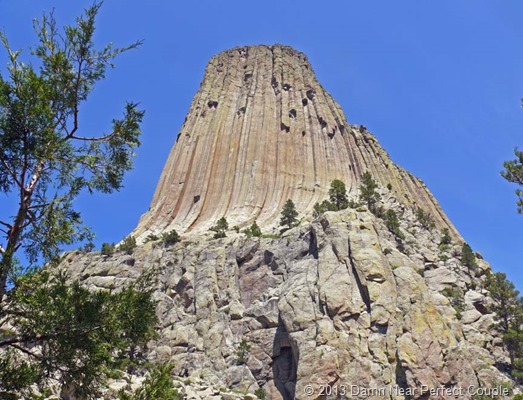 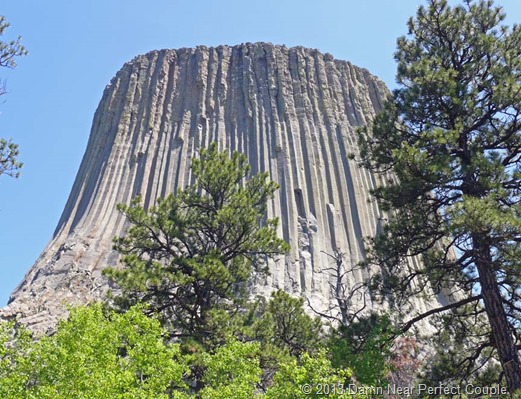 We always enjoy a visit to this magical place – if you visit the Black Hills, make this a must-see; it’s only 60 miles from Spearfish.
This is a time of the year when wildlife viewing is at it’s best.  We watched as this pair of Western Grebe enjoyed the quiet water and sun: 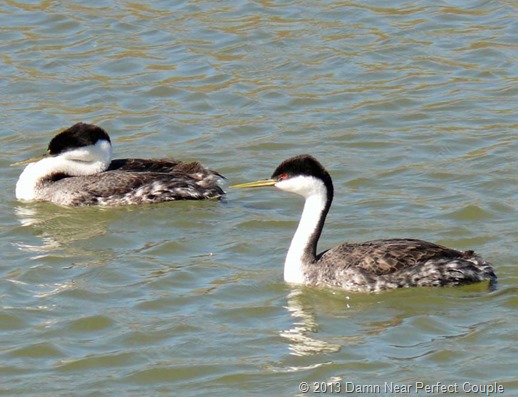 And chuckled at this Yellow-Bellied Marmot: 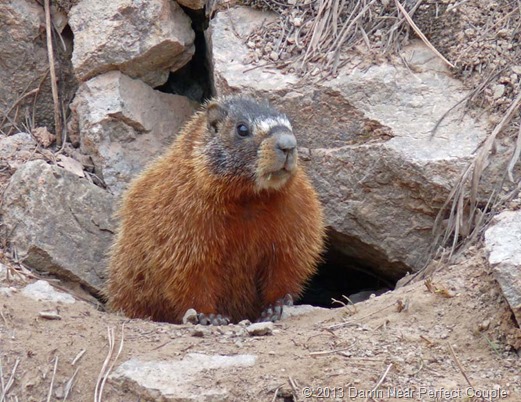 But a special treat for us was coming upon this newly-born fawn.  Hardly able to walk, it became separated from it’s mother and wasn’t sure what we were.  Shortly after I took this image, it found some high grass, hunkered down, and went into it’s “hiding” mode. 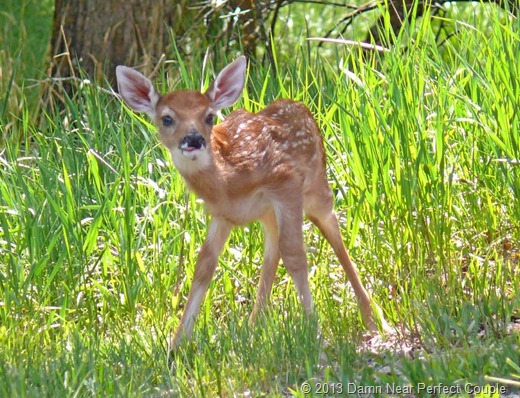 We’re just getting started on our exploration here, so check back and see what we discover next!
Posted by DNPC at 7:01 PM 7 comments: