When our friends learned that we were going to spend the winter on the Oregon Coast, they pretty much all had the same question…..”Whaaaa?”  In truth, most folks that haven’t been here in the winter think that because it’s so far North, that it must be snowy and cold.  But it is actually quite temperate due to the Pacific Ocean water temperatures that stay in the low 50s during the winter months.  Within ten miles of the coast, snow is rare and temperatures average in the low 40s to high 30s at night, with daytime temps in the mid 40s to mid 50s.  And yes, it does rain, but no more than in central Florida.  And when the sun does shine, the blue ocean water and rugged coastal rocks are nothing short of spectacular.  Each day, rain or shine, we drive to China Creek, where the view changes after each coastal storm. 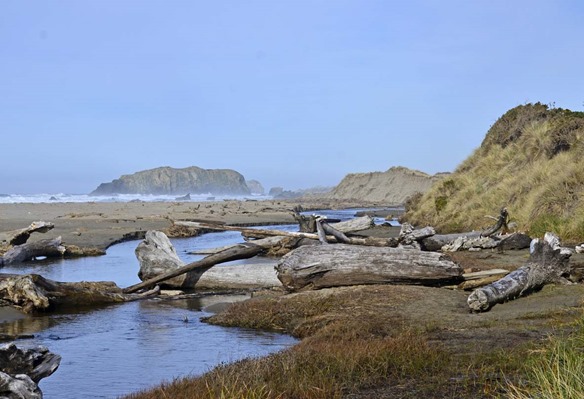 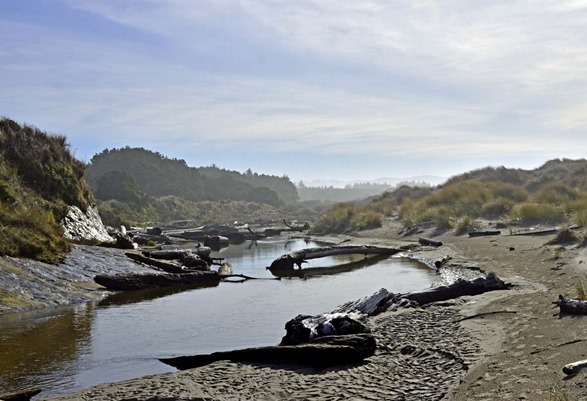 Another favorite spot of ours is the Cape Arago highway, where there are  overlooks for whale and seal/sea lion watching.  In the distance is the Cape Arago Lighthouse which was decommissioned in 2006.  The bridge to the island it sits on was torn down and it is now owned by the Confederated Tribes of the Coos, Lower Umpqua and Siuslaw Indians. 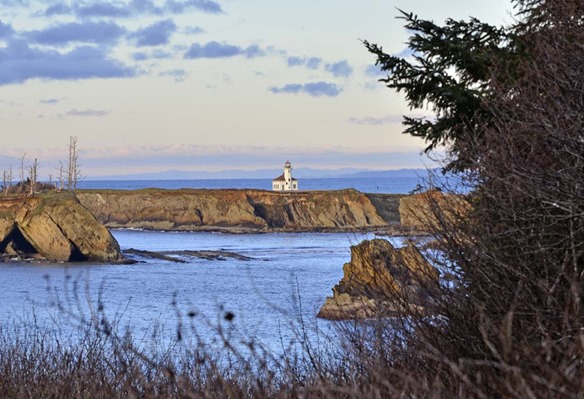 We’ve had a few winter storms that have pushed the wave heights to over 20 feet.  When this happens, many of the beaches will be covered with “sea foam”, a mix of dissolved organic matter that the ocean has churned up.  It’s harmless and disappears after a day or so.  When the wind blows, it flies around resembling a snow storm. 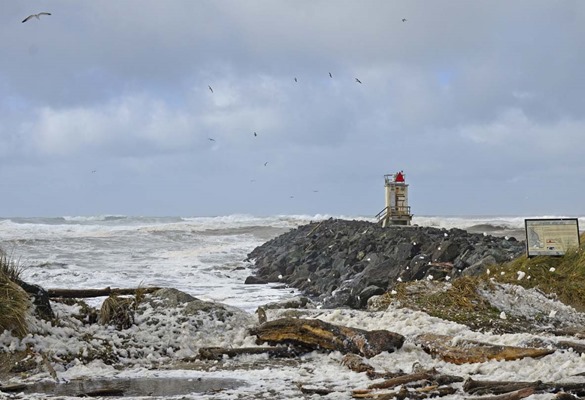 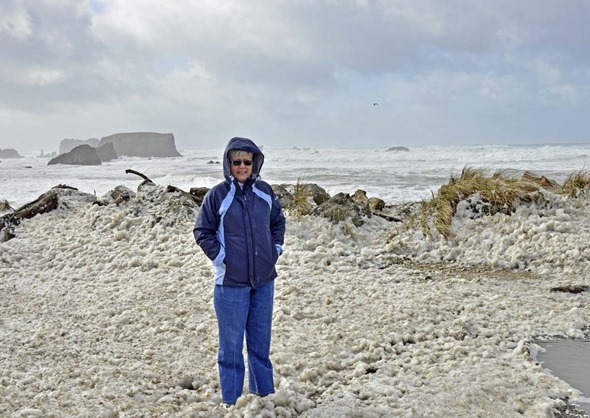 One of our favorite things to do is to walk the beach during low tide.  The hard packed sand makes walking easy, and the crashing surf and views of the sea stacks (rocks shaped by the pounding surf) create a rocky wonderland. 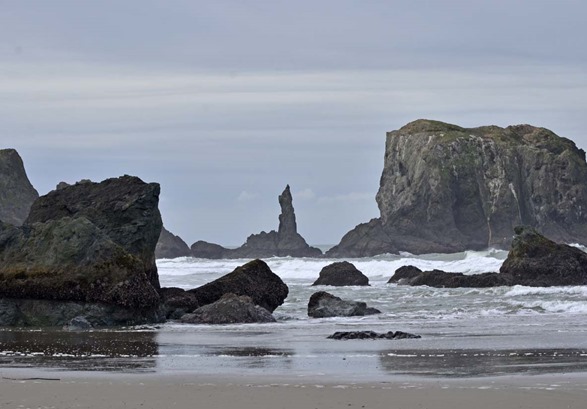 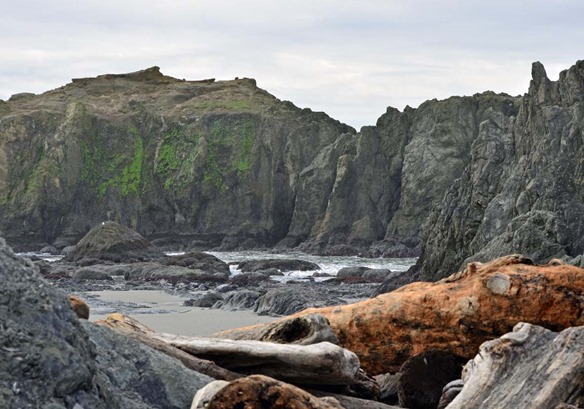 During low tide, the Harbor Seals climb on the rocks to relax and soak up the sun.  When the tide comes in, they’ll disappear into the water as they hunt for food. 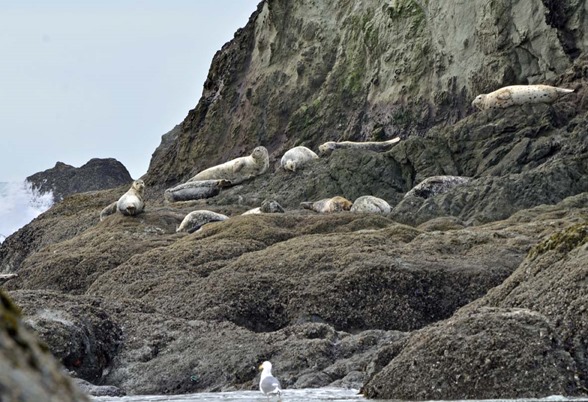 Native Americans have lived in this area long before it was settled by European farmers and fisherman.  One of their legends is that many years ago, a Chief from an inland tribe visited the tribes near Bandon.  He had a beautiful daughter named Ewauna, who was warned to stay away from the water to avoid the evil spirit Seatka.  One night, while the tribes slept, she slipped away and swam into the ocean.  Far into the water, swimming with glee, Ewauna was grabbed by the evil Seatka, who tried to force her to look into his eyes where his evil power lay.  She told him she would never do that, but that she would look to the friendly moon.  At sunrise her father awoke and finding his daughter gone gave the alarm.  They all rushed to the sea.  Fearfully they gazed out, seeing the dawn break through the white mist, and then they saw the beautiful face of Ewauna lying on the sea smiling up at the white clouds coming from the north.  Behind the large rocks near the shore sits Seatka, gazing at Ewauna still trying to catch her eye.  But never, never does she falter.  Many, many moons she has been there.  Now they have all turned to stone.  And so Face Rock still sits today, just offshore: 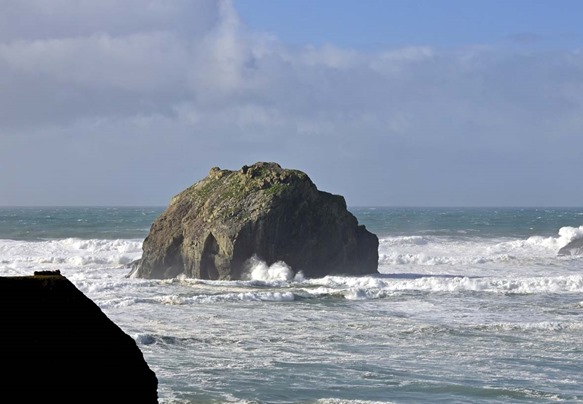 That’s it for now.  We’ll be moving soon and starting a new adventure, so check back!