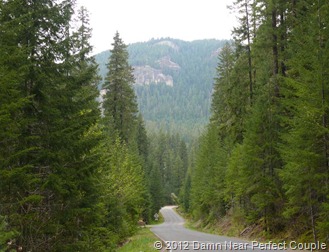 We’ve entered the last leg of our journey to our summer home by traveling up I-5 over the mountains from California and into the Southern edge of the Willamette Valley of Oregon.  From the desert earth tones of Arizona and Nevada, we were suddenly surrounded by every shade of green imaginable.  The vibrant spring greens were everywhere - meadows, rolling hills, forests, distant mountains…..what a beautiful area!  We checked into Timber Valley, an Escapees Park for a month of relaxing, sightseeing, and stocking up for our summer on the coast.  Prices in Oregon are higher than we’re used to in Texas and other areas, with fuel costs being the highest we’ve seen ($4.39/gal for diesel, $4.19 for regular unleaded), and food costs in particular are higher on the coast due to the limited access and transportation costs.  By the time we leave here we hope to have every nook and cranny filled with enough groceries to give us a good start for the summer.
The day was sunny, temperatures were in the 80s, and it was time for a road trip, so we headed south to the Umpqua River and followed it east up into the Cascade Range.  Our first stop, near the town of Glide, was the Colliding Rivers viewpoint, reportedly the only place of it’s kind in the world, where two rivers, the Umpqua and Little, meet head on.  This time of year the snowmelt in the mountains had both rivers roaring and it was an amazing sight. 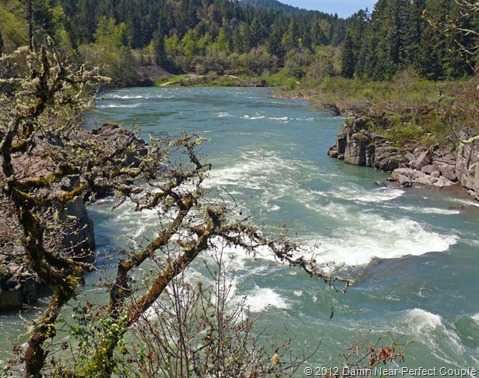 As we continued climbing, the road curved along with the river, and each turn brought another beautiful vista of the roaring river, forest, and cloud-covered mountains. 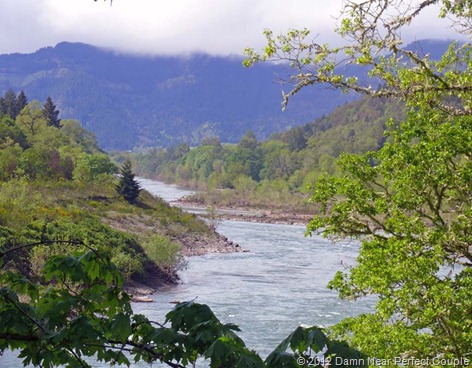 As the miles progressed, the elevation signs also appeared and the numbers started going up.  First 3500, then 4500…..by 5500 we knew we were getting high by the huge temperature drop, and finally up came the windows and on came the heat (but the top was still down!).  We passed the northern entrance to Crater Lake NP, closed with about eight feet of snow covering the road, and stopped at Diamond Lake to stretch our legs.  The lake was frozen solid all of the way across, and all of the peaks were snow covered – a world removed from the 80+ temperatures in the valley. 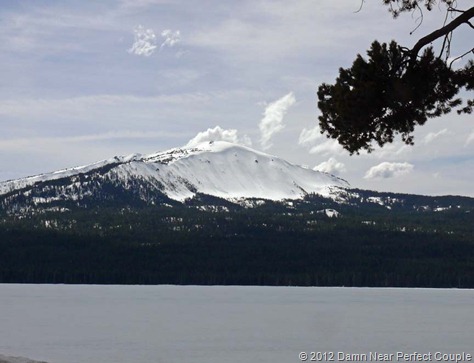 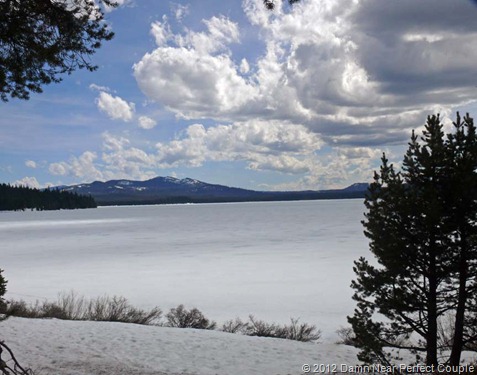 Top-down and snow – what a great combination!  Who knew how important heated seats could be? 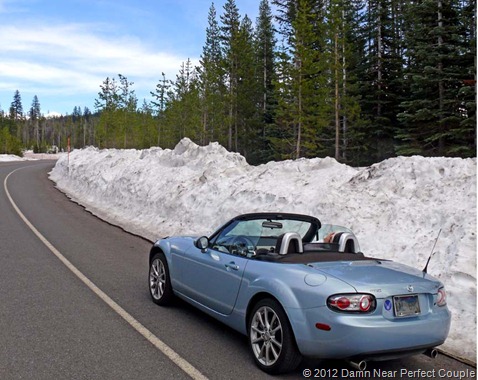 In the distance, Mount Thielson,  or “Cow Horn” dominates the skyline with it’s sharply-pointed peak.  The peak attracts an inordinate amount of lightning strikes, and as a result, hollow glass tubes called fulgurites or “petrified lightning” is formed.   Unfortunately, Brenda refused to hike up and obtain a sample so that I could photograph it and show it to you.  You’ll have to be satisfied with this. 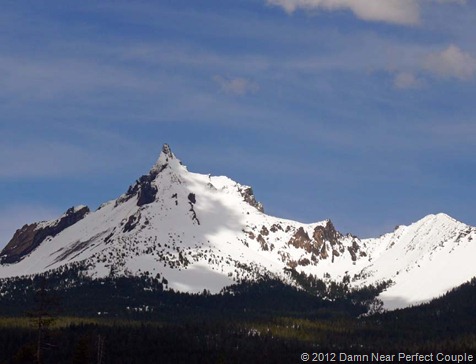 Everything is blooming in this area, as my allergies will tell you.  Rhododendrons, both wild and cultivated are the dominant flower and are blooming everywhere. 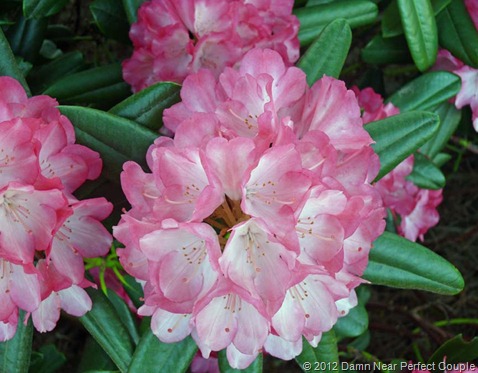 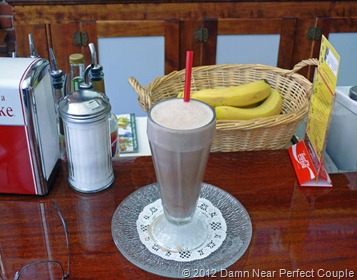 Sutherlin is pretty much a fast food and basic diner-type town, but up the road a bit in “Historic Downtown Oakland”, we found Tolly’s, one of those special places with a unique menu and an old-fashioned soda bar.  I’ve always wanted to try a Chocolate Egg Cream, thinking that anything chocolate and fizzy had to be good. My first impression was watery chocolate milk with a fizz.  There was something missing….like taste!  But falling back on my motto that everything is better with ice cream, I had two scoops of vanilla ice cream added and…..ah!  Delicious!

We thought a Saturday trip to Eugene, home of the University of Oregon, would be a good opportunity to explore the town and visit the Saturday Market.  Oregon has become one of our favorite college football teams; after all, it’s easy to root for a team named the “Tigers”, “Trojans”, or “Wolverines” but it takes a special person to root for a team named the “Ducks”.  One can only imagine the fear of opposing teams when they’re faced with the Ducks powerful offense known as the “quack attack”.  We drove around the university area, took a look at the stadium (the duck pond?), and headed downtown for the market.  Wow – what a pleasant surprise!  Over four blocks of vendors, with a city requirement that everything sold at the market be made or 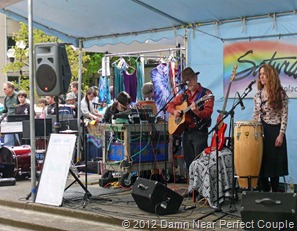 produced by the seller or seller’s family member.  This time of year the limited amount of vegetables (all organic) took up only one block with the rest being crafts, jewelry, and other trinkets.  It was a festival-like atmosphere, with a music stage, large area of food vendors, and open grassy spots to enjoy the food.  We loaded up on root vegetables and local wildflower honey, along with a loaf of homemade bread.  We wish a venue like this was closer to where we’ll be staying this summer; it’s the type of place we’d like to visit often. 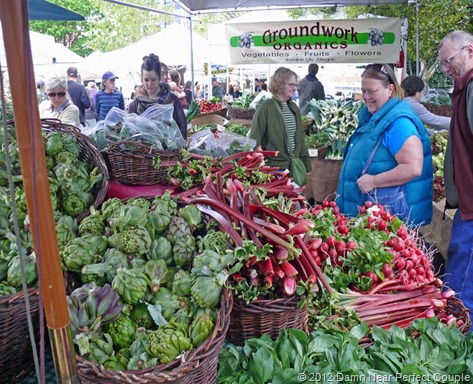 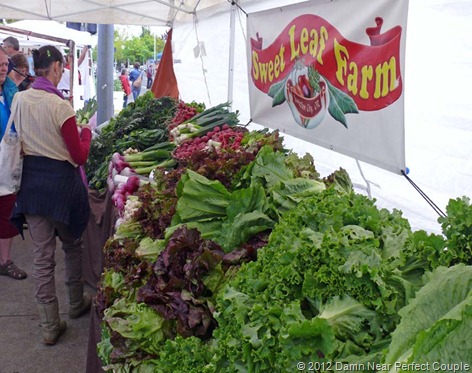 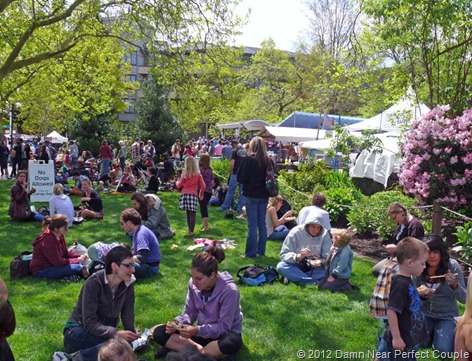 Judging by the upbeat attitude and smiles of everyone we met, we’ve started to believe the saying on this T-shirt: 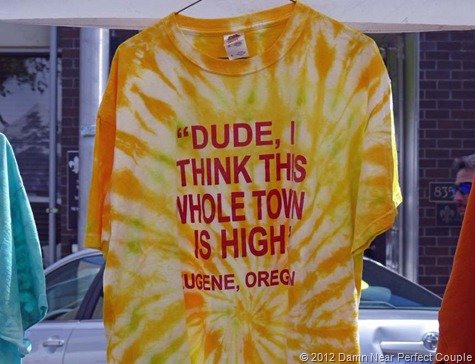 We’ve had a great time here, but it’s time to pack up and head west to the coast for the summer.  Come with us as we explore one of America’s most beautiful areas!
Posted by DNPC at 5:36 PM 3 comments:

More often than not, Las Vegas is on our route back and forth to the Northwest.  We’re not particularly fond of Las Vegas; the crowds, traffic, and cigarette smoke annoy us, and we’ve found that in spite of all of their best efforts, casinos all look the same once you’re inside.
We lived here in the late 70s, back when all-you-can eat buffets were $1.99, the downtown was roofless, and playing the nickel slots was an exciting experience.  We didn’t really enjoy our time here; the weather was extreme (the week we arrived it was 110+ every day for a week), but mostly because everyone’s lives seemed to revolve around the gaming industry.  There was a small, really crummy zoo, no museums that are worth mentioning, and a night of culture was to go bowling at the Showboat Casino (two floors of alleys – this was the BIG time!).
So in between stocking up on groceries at Nellis AFB (we stayed at the base campground, our review here), we took a drive around town to see what had changed.  Not much.  Same uncompleted buildings, sidewalks packed with people, pall of cigarette smoke, and people of questionable citizenship handing out flyers for girlie clubs.  We opted instead to visit the National Atomic Testing Museum, one of the newer attractions and one for which I’d scored a half-off Groupon. 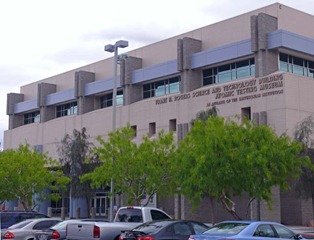 It was a treat for me to be able to show Brenda some of the things I was involved in while stationed here.  You see, I wasn’t assigned to Nellis AFB, but to a didn’t-really-exist detachment that took me away from home four or five days a week.  Back then, we referred to our workplace as “Mercury”, or if someone was more familiar with the Test Site, “Groom Lake”, or what is now known as “Area 51”. 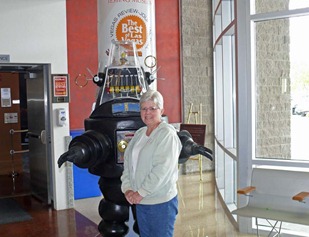 Entering the museum, we were greeted by Robbie the Robot, who of course tried to hit on Brenda.  Unsuccessfully.  The first portion of the museum was filled with exhibits that took you back to the 50s and the Cold War.  For those that didn’t grow up under the shadow 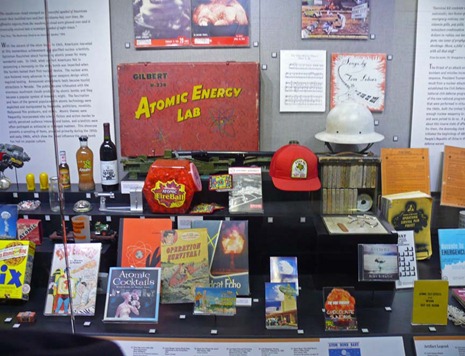 of a nuclear holocaust, it painted a clear picture of those days – a scary time.  What made the visit special for me was the section on underground testing. 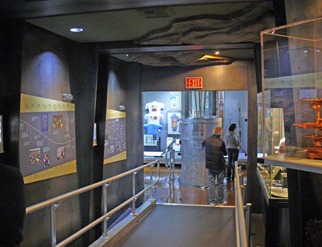 During underground tests, I would be part of a two-man team that provided air traffic control for the aircraft involved in the test.  We would sit at a console in the control room, which at the time was Stars Wars……a huge wall with live color video of the test site, projections of seismographs, wind information, and other data – sort of like Houston Control.  There were a number of aircraft involved in each test, from helicopters providing video and measuring ground radiation, aircraft measuring winds aloft, and others measuring any pressure wave caused by the test.  Even though the “device” was detonated 3000’ down, there was always a concern that radioactive gas could escape (never happened while I was there).  The suspense was palatable as the countdown progressed, and when the device detonated, you could see the ground wave coming toward the camera, just like a wave in the ocean.  Usually the underground chamber would fall in and form a crater soon after the test, but some took hours, some days, some never cratered.  There was always a lively betting pool on when the crater would occur.  Being able to show what I was involved in after all these years was fun for me – after all, for almost two years I’d come home and when she’d ask me what I did all week I couldn’t tell her.
But the real fun started when we entered the Area 51 exhibit.  First, we were issued a glow-in-the-dark badge on a lanyard and told not to remove it or we’d be arrested.  Then we entered a room where we were given a briefing by “Mr. Black” and ordered never to tell what we were about to see.  It was a video, and “Mr. Black” looked like Dan Akroyd in his Blues Brothers outfit.  Down the corridor we went, into……..Area 51!
Obviously, no pictures were allowed, but I can tell you that the it was another trip into the past for me.  Some of the projects that I was involved in were described, there were pictures of some of the Russian Migs that were part of our operation, and even pictures of some of the people I worked with.  It took a few years, but Brenda was finally able to see some of what and where it was that I disappeared to each week.  There was a section devoted to the possibility of aliens and captured technology, but as I told Brenda, there were no aliens at Area 51 while I was there.  Although there were some strange-looking people with cone-shaped heads.  But they said they were from France…..
My trip down memory lane ended with a stern warning to forget I was ever there (just like the old days!), a return of our glowing badges, and a stop at the gift shop.  It was an entertaining and interesting –if you’re in the area, it’s worth a visit.
We’re in Oregon now, so come back and see what we’re up to!
Posted by DNPC at 9:49 PM 2 comments: