Images of the Coast

The end of February is always the most depressing time of the year….winter has gone on for what seems like forever, there are no more holidays to look forward to (unless you’re Irish), and spring still seems far away.  We’ve been staying busy by setting up our spotting scopes and explaining marine mammals and shorebirds to visitors, and on good weather days, visiting museums and historical sites.  Instead of a narrative, this blog will be a pictorial review of what we’ve been up to.

The little town of Bandon where we’re staying is our favorite place on the coast.  Besides the charm of an “old town” shopping area and waterfront, the offshore rocks are beautiful, especially “elephant rock”: 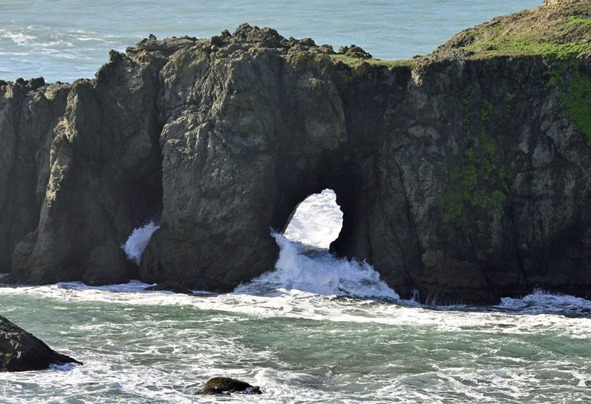 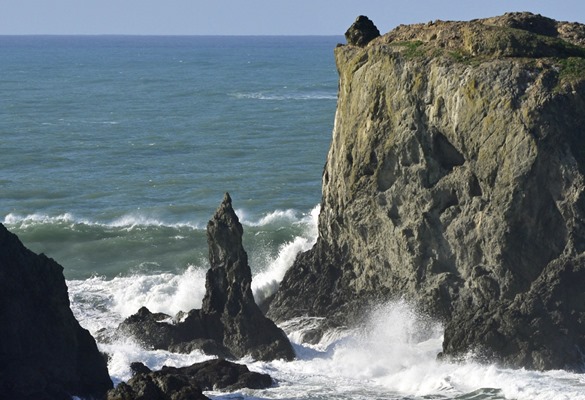 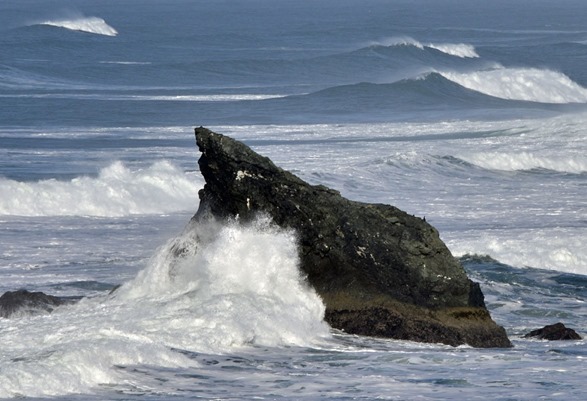 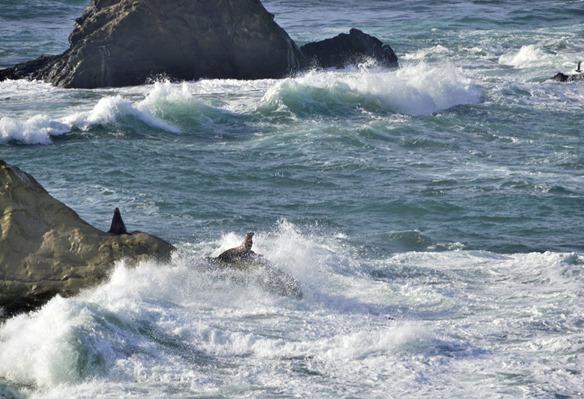 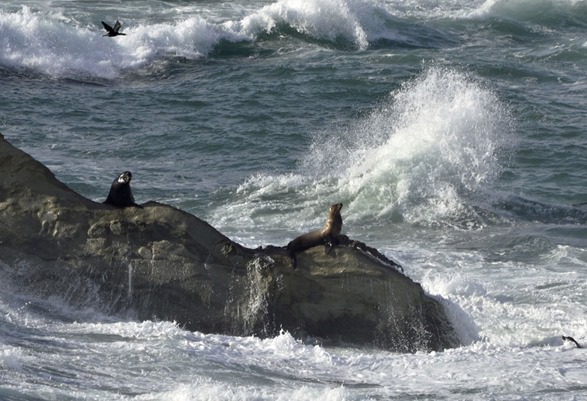 Sunsets along the coast can be breathtaking: 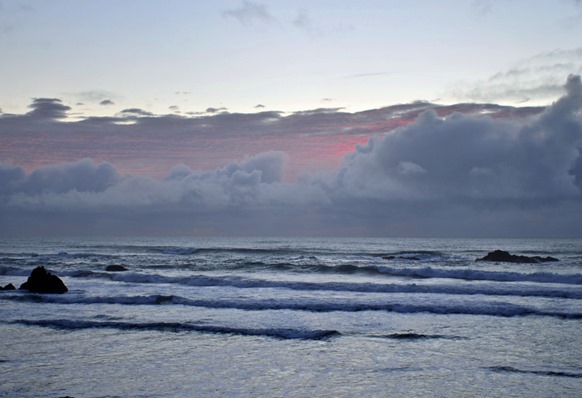 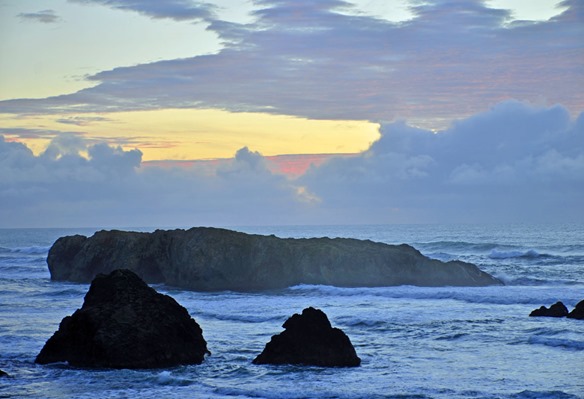 Harbor Seals have the ability to relax on rocks, and always seem comfortable: 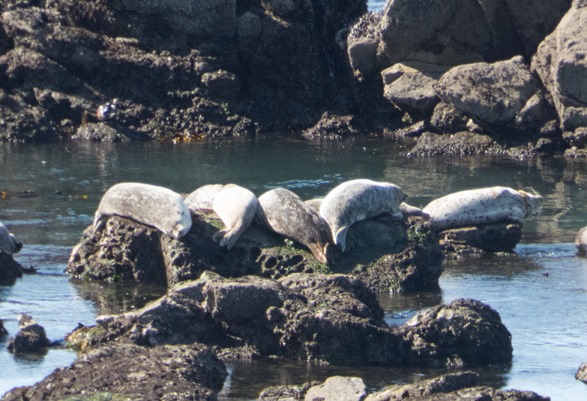 Elephant Seals are the Northern Hemisphere’s largest, some get to 15 feet long and 5000 pounds.  This guy crawled onto the beach below us one day - he was afraid to beach on the island since a much larger male has his harem there: 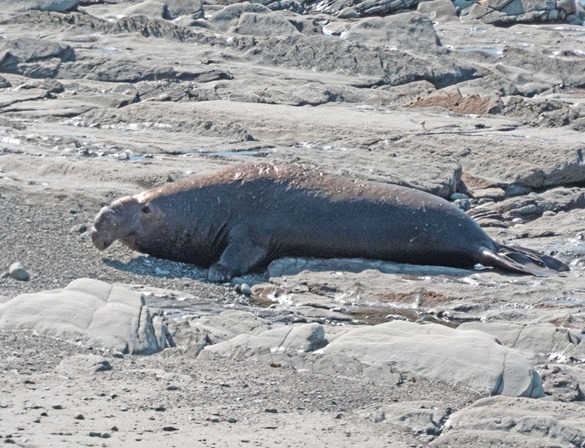 This area is the farthest north that Elephant Seals give birth, and the pups rarely survive.  They can’t swim, and will be left by the adults after about a month.  Nature compensates by allowing them to gain ten pounds a day on their mother’s rich milk.  Hopefully, that fat will sustain them until they figure out how to swim and fish.  We’ve seen half a dozen pups born, but four were washed away by storms.  We’re hoping the last two (the dark shapes next to the large females) will survive.  The first picture is shortly after they were born – the second two weeks later: 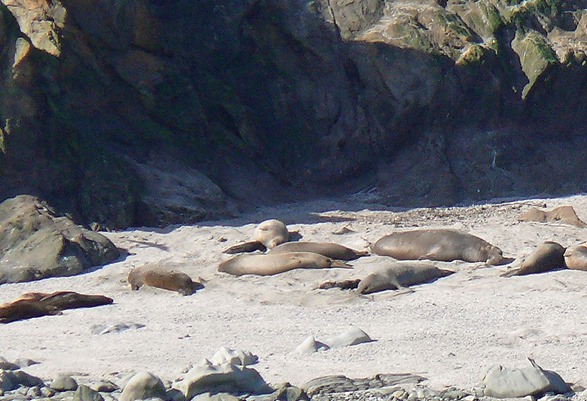 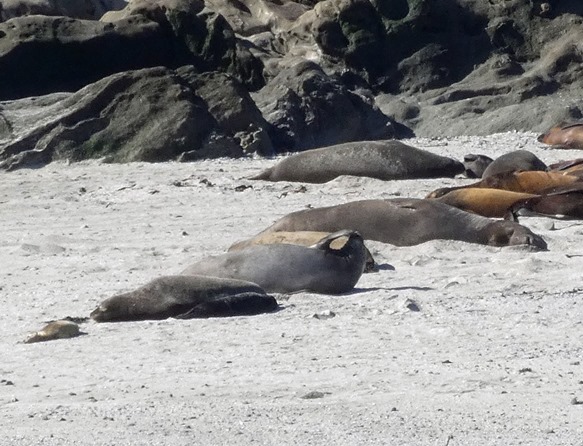 Coastal Oregonians are outdoor people, and it’s a rare day when people aren’t walking on the coastal trails, out on the beach, or gathering to watch the sunset.  And so this image is a fitting way to close our blog – until next time! 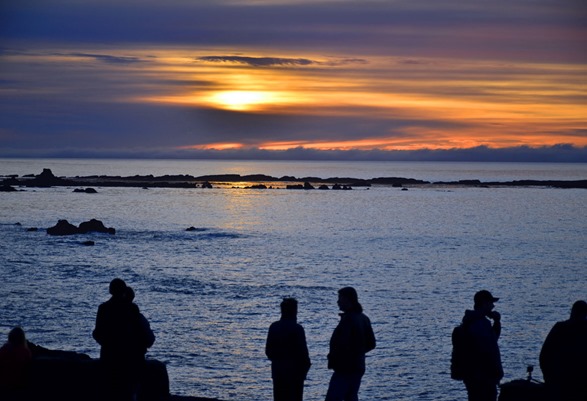