We’ll Tell You Where We Are–If You Lettuce 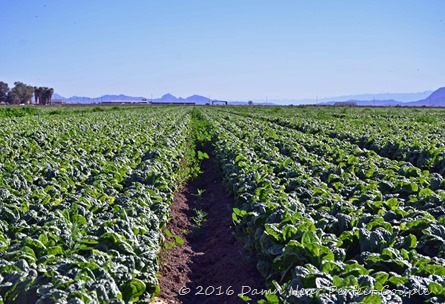 We’re staying at the El Centro Naval Air Facility, just a few miles from  the town of El Centro, in the Imperial Valley of Southern California.  If you’ve eaten lettuce recently, chances are it came from this area.  Also broccoli, cauliflower, and carrots.  The amount of agriculture here is astounding!  A few facts from the Imperial Country Farm Bureau: 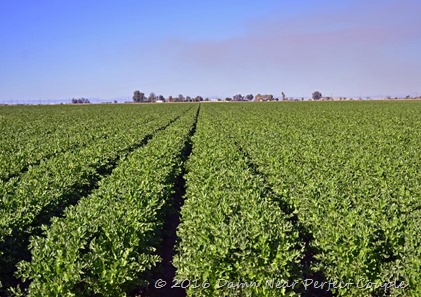 - Two-thirds of the vegetables consumed by Americans during the winter months are grown here.

- Each year’s lettuce crop is enough to make over two billion dinner salads.

- Enough carrots are grown here each year to provide a four-ounce serving to over five billion people. 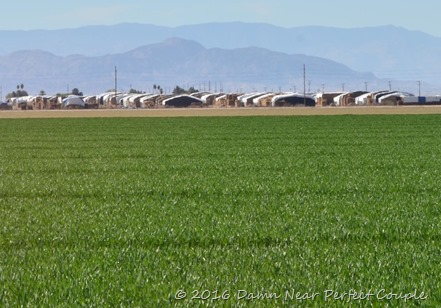 - Almost two million tons of hay are harvested and sent to California Dairies and overseas locations each year.  With the weather and irrigation, fields can provide nine to ten cuttings a year, compared to three or four elsewhere.

Driving throughout the area, every inch is covered with some type of crop.  Farm machinery is everywhere, and the planting and harvesting follows a well-choreographed plan.  Each day, thousands of workers from Mexicali line up at the border to load on contracted old white school busses for their trip to the fields.  The workers, holding “worker” visas, move through the fields picking the produce and throwing it up onto conveyer where it’s washed, bagged and placed in crates for shipment.  Not surprisingly, unemployment in the area runs well over 25%, because even through field jobs are available, not many American citizens will work the fields for minimum wage. 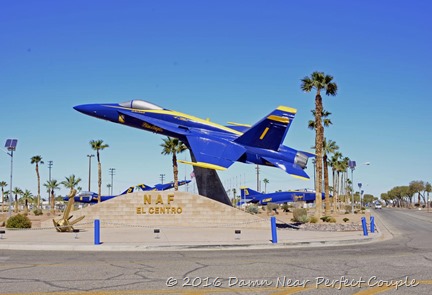 We have a great spot in the base campground which hosts a number of retired military “snowbirds”.  The base itself is small, but busy with jets practicing simulated carrier 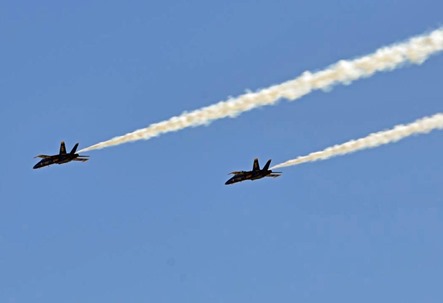 landings and the training of the Blue Angels acrobatic team.  It’s a noisy place from early morning to 10 O’clock at night, and our cat is not happy. 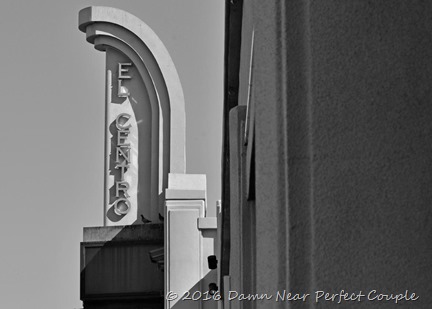 The town of El Centro, about eight miles away, is a typical town found in an agricultural area.  Dusty, time-worn, with poor neighborho 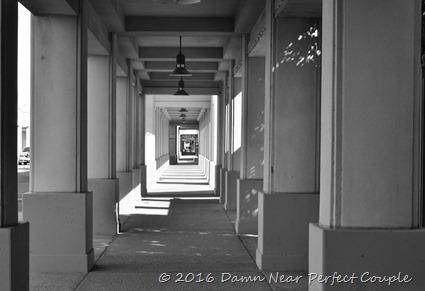 ods and a Mexican food restaurant on every corner – our map program shows 64 within a ten-mile radius!  Like so many of these towns, the downtown area is largely abandoned, but 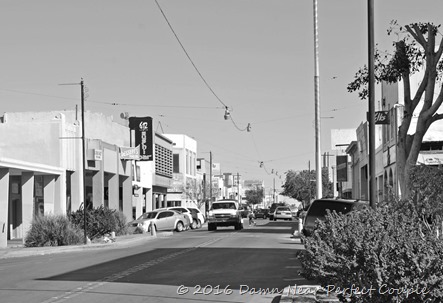 enough of the old buildings remain to be able to imagine how it must have looked in it’s prime.  I thought these images conveyed the dusty, treeless downtown area when shown in black and white – but truthfully, there’s not much of a difference in color. 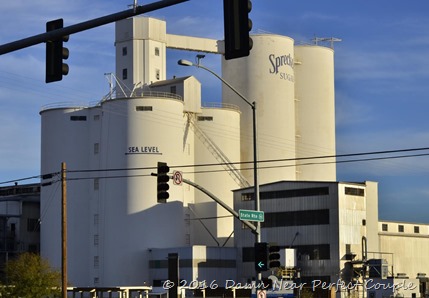 It’s an unusual feeling to be living well below sea level.  Thankfully, there’s a large mountain range to our west to keep out the ocean, at least until “the big one”.  Traveling 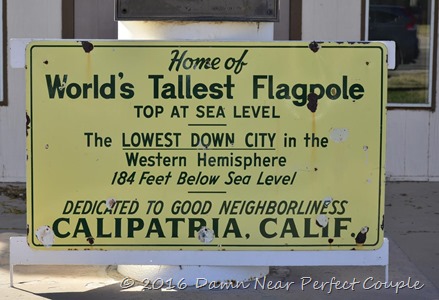 north of town, a sugar beet factory has even painted the elevation on their building.  Further north toward the Salton Sea in the little town of Calipatria, we visited their famed flag pole, which at 184 feet tall is a visible indicator of just far below sea level they are. 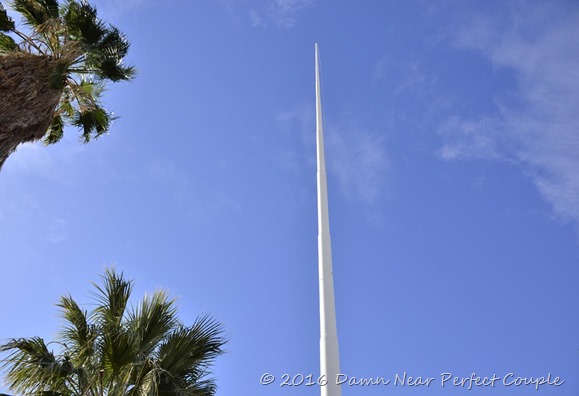 Farther north, we explored the west side of the Salton Sea, California’s largest lake that wasn’t supposed to be.  It was created by a unintentional break in a diversion canal of the Colorado River in 1905.  Up until the early 70s, the lake was a popular place for fishing, boating, and became a popular resort with many seaside communities. But the lack of freshwater flowing into the lake, the runoff of agricultural fertilizers, and evaporation have left the lake with high salinity, few fish, and abandoned homes.  We took a drive through what was the resort community of Salton Beach, now a mostly deserted ghost town.  If you want to see what a community would look like after the Zombie apocalypse, this is the place to go.  About the only thing we say moving were the gulls and shorebirds, along with plastic trash bags blowing in the wind. 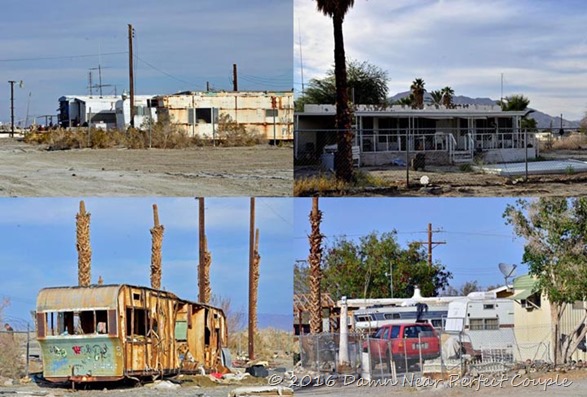 We’ll be taking a trip to the east side of the lake soon, so check back and see what we’ve been up to!