We’ve wrapped up our stay in Oregon and are headed north into Washington.  We’ve had a great stay in our almost seven months here - it’s such a beautiful state with so much more to see.  We’ll miss the amazing coast, the green mountains, and tax-free shopping – but we’ll be back some day.

One of the things that full-timers enjoy most is meeting up with others on the road.  Last year we volunteered at the D.C. Booth Historic Fish Hatchery in Spearfish, SD, with some wonderful folks. 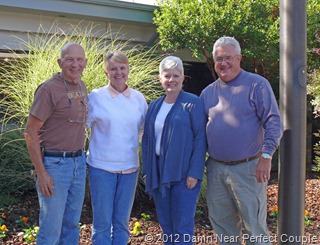 Two of these, Lee and Belinda, had finished up their volunteer duties near Portland and were headed down I-5, and so we managed to get together for a long lunch.  What great folks!  We had fun catching up and sharing our plans for next year, and of course making plans to meet up again.

After leaving Myrtle Creek, we drove the short distance to Eugene and settled in at Armitage County Park for a few days.  We really enjoy Eugene; it’s vibrant downtown is home to a wonderful Saturday market and it is, after all, the home of the Oregon Ducks football team.  It was a gloomy and drizzly day at the market, but there was a good crowd and the vendors filled at least three square blocks.  The crowd, the live music, and the colorful vegetables made it a fun morning of shopping.  Looking at the peppers, I was struck by what a great jigsaw puzzle the picture would make. 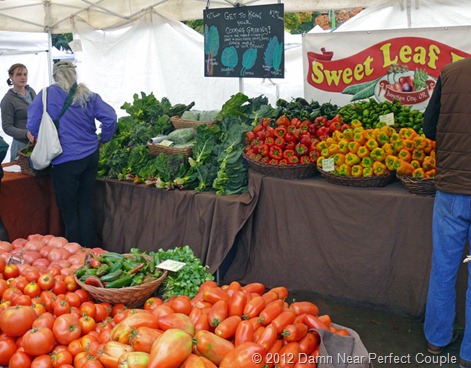 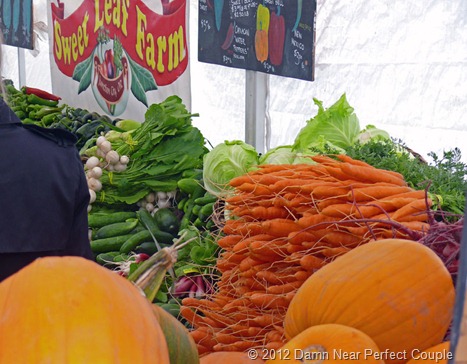 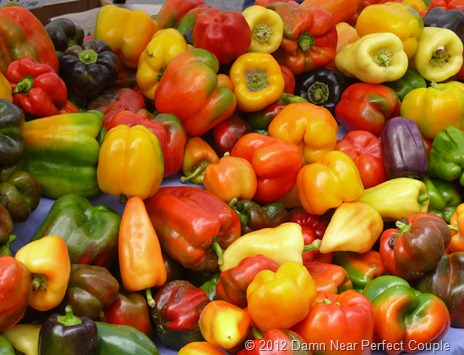 After stocking up on veggies and home-baked bread, we headed east into the mountains.  We’d heard about the little town of Sisters and how beautiful the area was.  Our route would take us over the mountains on what quickly became a rainy day.  But we pressed on, thinking that a little rain wouldn’t slow us down.  Climbing into the mountains, we turned off the main road onto “scenic” route 242, one of those roads that on the map says “closed during the winter” and has signs prohibiting vehicles over 25 feet.  After a short while, we could see why – curvy, narrow, and with heavy forest on both sides of the road – a perfect roadster route! 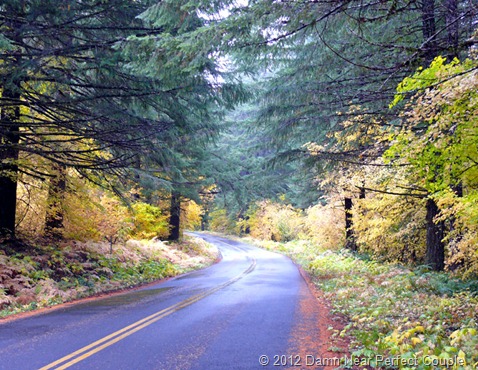 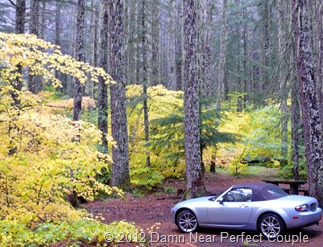 Although Oregon lacks the colorful hardwoods of the Northeast, the edge of the forest was full of golds and yellows, and the rain and mist gave everything a surreal look.  It was quite a contrast between the areas along the road with the colorful trees and ferns and the dark forest on either side. 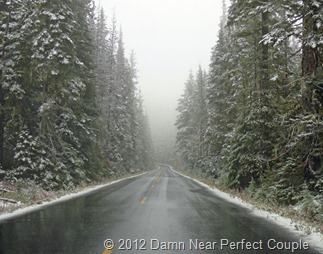 As we continued up into the mountains, the rain began to take on a different look – the drops started getting bigger, flatter, and sorta white…..which brought back dim memories of an Ohio winter.  But with the confidence of someone who weathered winters in the midwest, and faith in the tread of recently purchased tires, we headed onward….and upward.  It’s October right?  So how bad could it get? 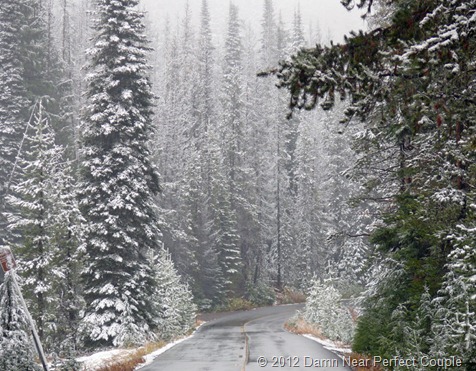 Actually, it was perfect – the trees were snow-covered but the road was only wet, and stayed that way until we began out descent into Sisters.  It was breathtakingly beautiful!  As we drove on it started to dry out, and by the time we arrived in town the sun was shining.  Sisters was a cute little town with lots of shops specializing in quilting, and we had a nice late lunch at Bronco Billy’s, a former hotel built in the early 1900s.  We headed home on a major highway; less scenic but faster and with less snow.

Finally, we ran across this sign near the RV park in Sutherlin, next to an closed gas station.  Sometimes just by reading a sign you can get a sense of the frustration of the author.  You have to admit, this one was candid: I think Mike stated his case in terms everyone can understand and appreciate. 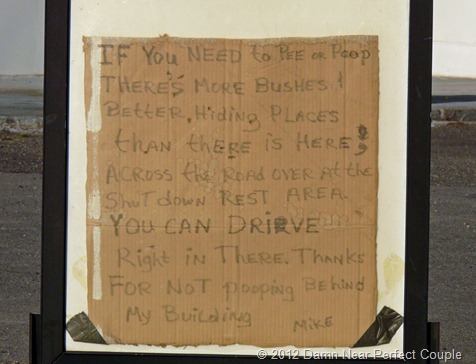 That’s it for now – check back and see where we stop along our journey!