Waiting for the Warm

We’ve been in Las Vegas for the last few weeks, staying at Nellis Air Force Base.  We’re here for another week before heading north for the summer, and 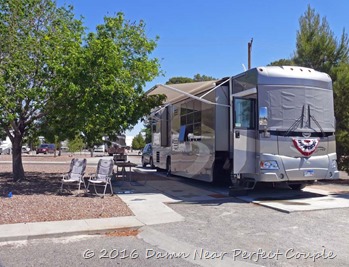 we’ve been doing our spring cleaning and preparing for extended travel.  We’re here at Nellis at least once a year – it’s one of the best military campgrounds around.  Formerly a mobile home park, the sites are arranged in circles with the front of each pad facing outward.  This gives each RV plenty of space between sites, with ample room for a patio, table, and landscaping.  This is a popular place, and even with 116 full-hookup sites, we had to spend time in the partial-hookup area until a site opened up. 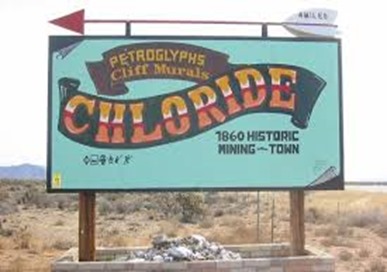 On the way here we spent a few nights in Kingman, AZ and having driven many times past the sign for “Chloride – 1860s Historic Mining Town”, we finally decided to visit.  As it turns out, the sign was the highlight of our visit.  The town, with a population of around 250, passed the stage of “weary” years ago and has entered the “downtrodden”  phase.  Many of the residents have adapted the popular “Slab City” style of landscaping and home maintenance and the “ghost town” area looked like it hadn’t been open to the public in some time.  At the main intersection, the only active buildings appeared to be the post office, an “antique and collectables” store, and Digger Dave’s Food and Spirits, which gets surprisingly good reviews on Trip Advisor.

Here in Las Vegas, we tend to avoid the “strip” except on special occasions.  A visit from our daughter Kim for our anniversary certainly was special, so we met at her hotel, jumped on the monorail (a great way to travel along the strip) and headed out.  It was a dreary day, which was OK since the temperatures were cool.  The strip was wall-to-wall people even on this weekday, and the break dancers, movie characters, and panhandlers were out in force looking for a tip or handout. 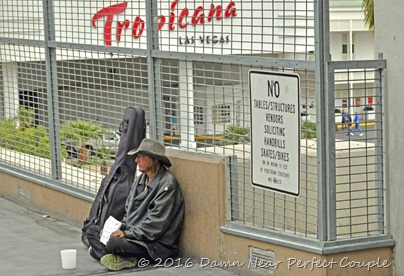 Las Vegas, like Times Square in New York, is now populated with people dressed as Marvel Superheroes, Star Wars characters, and Sesame Street characters, all willing to have their picture taken with you for a “tip”.  There’s an interesting article on street performers here.  But at least they’re doing something for the money, unlike the panhandlers who ignore the obvious signs.

It’s hard to understand, if you haven’t been there, the enormity of the casinos along the strip.  We walked for an hour through the 124-acre MGM Grand – a place with an average of 12,000 guests and 70,000 visitors each day.   We ended up at the Paris Las Vegas where Kim surprised us with reservations at Gordon Ramsay Steak, where we had a truly memorable dining experience.  The decor, the service, and oh my, the food……an incredible night. 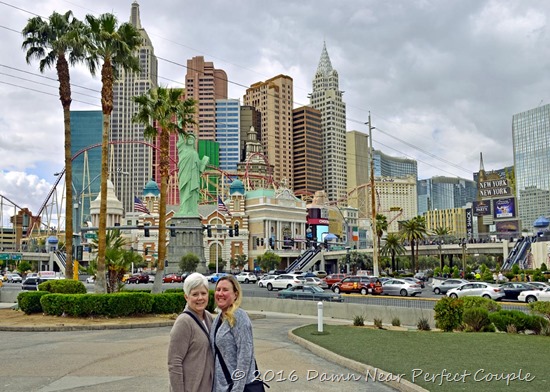 And now I know what Beef Wellington tastes like!  Thanks Kim! 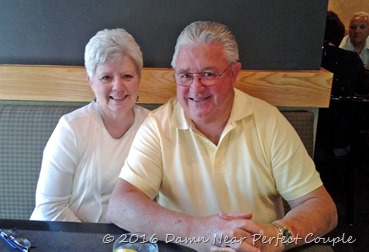 A few days later, Brenda and I celebrated our 45th anniversary at the Rampart’s Shizu Japanese restaurant.  45 years!  And she’s still a hottie!  As I tell her, had I not married her, I’d probably have become that guy in the above picture sitting on the pavement waiting for handouts.  She’s my inspiration, my love, and my best friend – and a pretty good navigator!

We’ll be traveling soon to new places, so check back with us!