It’s a Berry Good Time at the Humbug

Wow – it’s been a long time since I’ve had the time to sit down and write a new post.  Which is good in a way, since it demonstrates how busy we’ve been with “Junior Rangers”, park programs, and activities in the area.  There’s so much beauty here, and unlike most of the country, the weather has been truly wonderful.  Sunny with temperatures in the 60s each day, with only the always-constant wind on the beach to detract from otherwise perfect days.  The park has been full nearly every weekend, with the smell of campfires and sound of children playing each evening, and the mouth-watering smell of bacon cooking on campfires each morning as we 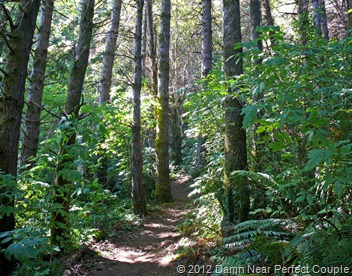 make our rounds.  The great thing about being at a state park is the feeling that you’re “camping” rather than just a resident in a mobile home park.  The tall pines, surrounding mountains, green grass…..and the berries.  Ah yes, the berries! 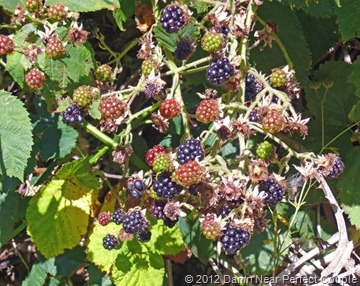 We’re in the time of year here where there are berries everywhere.  Blackberries, mostly the non-native Himalayan variety, are along side almost every road, path, and clearing.  They were brought to the area by farmers in the early 1920s and have spread to the point where they’re considered an invasive plant.  For the locals, blackberries are pretty much just another weed, but for us, a treasure!  We’ve been picking berries and stashing them in the freezer for future use, along with blueberries grown by local farms 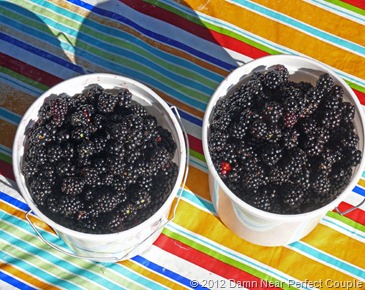 and offered for sale at the local farmer’s market.  The blueberries are really tasty, much more so than the grocery-store kind that get picked early for shipping.  But ripening soon is my favorite berry of all, the Huckleberry, a wild blueberry that’s full of flavor and perfect for pancakes or ice cream.  Like blackberries, their bushes are scattered throughout the park, in fact we have a large one on our site.  The berries aren’t easy to pick since they’re so small, but they’re worth the extra effort, and by next week, they should be ready! 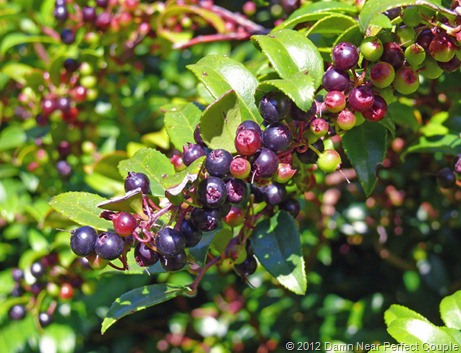 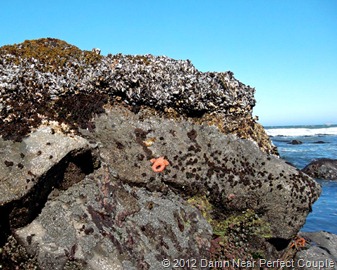 I’ve also picked another product of the Oregon coast, California Mussels, which can be found on the rocks during low tide.  The rocks are covered with them, mixed in with barnacles , sea stars, and other tidal critters. 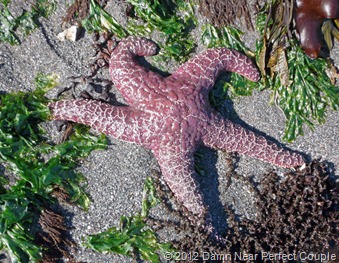 They’re not easily dislodged; they hold themselves to the rocks (and each other) with tough fibers that they produce.  Pulling them free requires gloves and a tool, in my case a large screwdriver blade.  I picked about four dozen, well short of the 72 per day allowed by the state, and carted them home for cleaning.  Which is a chore.  Cutting/shaving the fibers from the shell, then scrubbing the shells to get rid of the sand took some time, but then it was time for steaming…and eating. 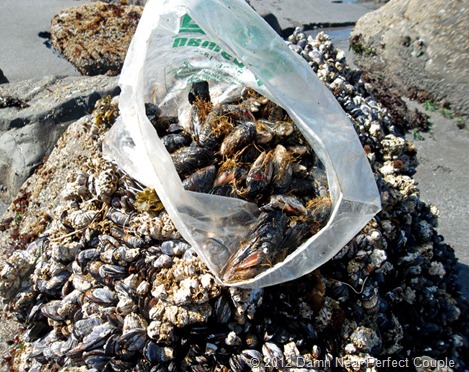 I neglected to take a picture of the steamed mussels, since I was too busy eating them, but take my word for it, the bright orange mussels were delicious.
We’re getting near the time when we’ll leave Humbug Mountain and head over the Coastal Range for a while.  This has been one of our more memorable summers; the beauty of this area will stay with us for a long time.  While so much of the country sweltered under drought conditions, here it was green and cool, with fern-covered trails, tall firs, and the aromatic smell of Myrtle trees.  Everywhere there were flowers, from blooming berries bushes, to delicate Morning Glory and Foxglove. 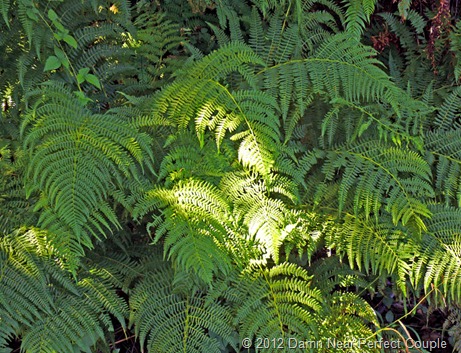 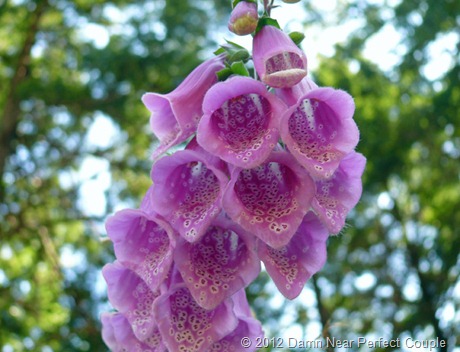 Volunteering here at Humbug Mountain State Park has been what we always thought the perfect full-timing lifestyle would be.  The park staff has been a pleasure to work with – they’re a great group of hard working, friendly folks, and it’s rare to see them without a smile on their faces.  Teaching the “Junior Rangers” has been a joy, and we’ll leave with great memories of all the kids and the fun we had helping them understand the world of nature around them.  While we’ll try somewhere new next year, we’ll always remember this park as one of the best summers so far.
We’ll be exploring some new areas soon, so check back with us and see what we’ve been doing!
Posted by DNPC at 2:27 PM 3 comments: