It’s been two months and a lot of miles since I updated our blog, but we didn’t have a lot to share and have been pretty busy.  In a nutshell, we changed our plans to winter in New Mexico and the Southwest in general, and instead opted for……(drum roll)….the Oregon Coast!  More and more as time goes by we’re drawn to this area – the pounding surf, sea stacks, marine mammals, small towns and 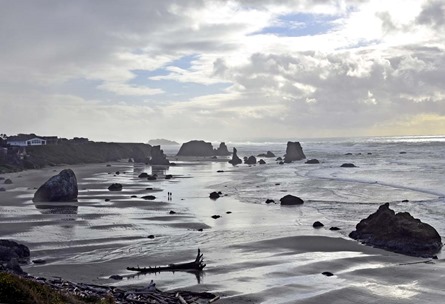 friendly folks all combine to draw us back.  The winter weather here is mild due to being on the ocean; days are generally in the low to mid 50s, nights low to mid 40s.  And yes, there’s rain – sometimes gentle, sometimes not.   Bandon, the town we’re staying near, has an annual rainfall of just under 56 inches, about the same as Orlando, FL.  No snow and rarely freezing temperatures are also a plus. 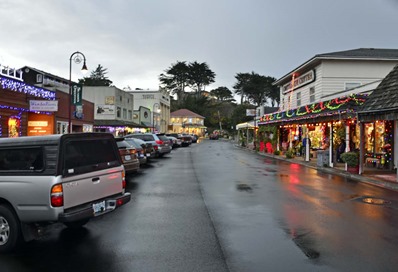 We both think Bandon is the best little town on the coast.  With it’s “old town” shopping area, waterfront boardwalk, weekend market, and coffee shops and restaurants, it’s just the right combination of size and facilities. 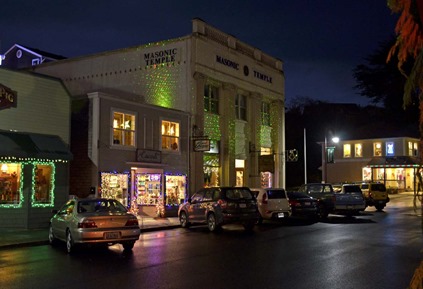 This year we attended the annual Christmas Parade – an action-packed eight minutes that featured two horses, three cars, one float, and a decorated tractor-trailer.  But the kids seemed to enjoy catching the candy thrown by the parade their way, and they did get to see Santa, so it was all worthwhile.  For adults, there was a “nog walk”; each merchant had egg nog, hot cider, or wine for sampling – all you needed was a keepsake glass purchased at one of the stores for $10.

Bandon is home to “Washed Ashore”, an amazing organization that uses plastic debris that washes up on beaches to “build aesthetically powerful art to educate a global audience about plastic pollution in oceans and waterways and spark positive changes in consumer habits”.  This is particularly important to us, since as part of our state park program on Seals and Sea Lions we have a section called “Plastics, like Diamonds, are Forever”, which shows the harm that plastic rope, bags, and other discarded trash has on marine mammals and shorebirds.  The staff at Washed Ashore organizes trash collection efforts, then gather volunteers, both adult and students, to build incredible works of art, which are currently on display at the Smithsonian’s Museum of Natural History.  Two of their creations are on display near their center in Bandon – look close and you can see the parts of tires, bottles, and other trash that form the Puffin and Rockfish. 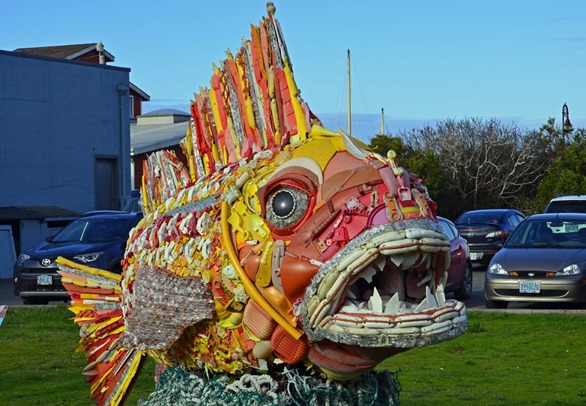 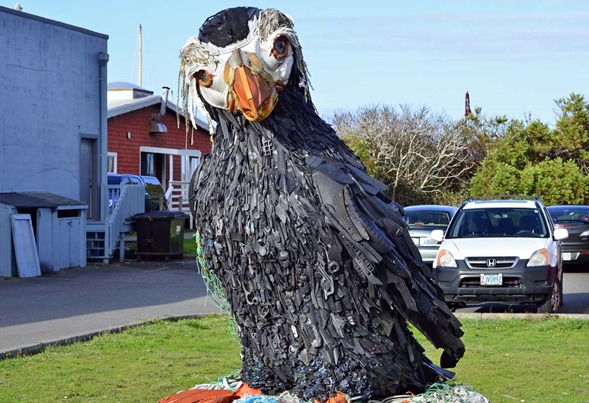 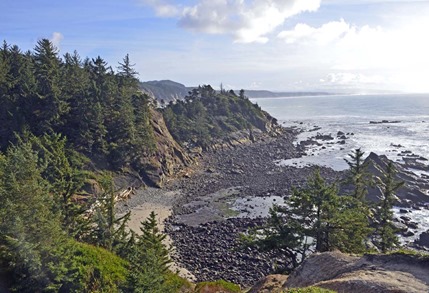 On one of our rare sunny days, we visited Cape Arago, an area of state parks outside of Coos Bay.  Here, high cliffs and offshore rocks form the perfect image for an Oregon postcard. 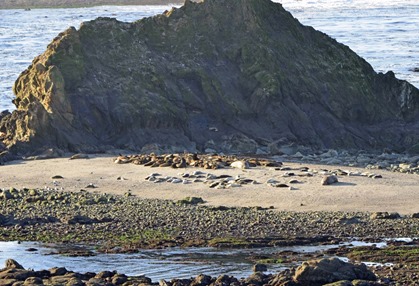 Our favorite viewpoint overlooks Simpson’s Reef and Shell Island, where California Sea Lions, Steller Sea Lions, Harbor Seals, and Elephant Seals can often be seen.  In the picture below, the California Sea Lions are piled atop one another, with Harbor Seals closest to the water, and a couple of Elephant Seals (the big gray ones) sleeping in the sun.  The Steller Sea lions prefer to stay together, and are out of the picture on rocks to the right.  We were entertained by at least five Gray Whales that were surfacing outside the rocks as they migrated south for the winter. 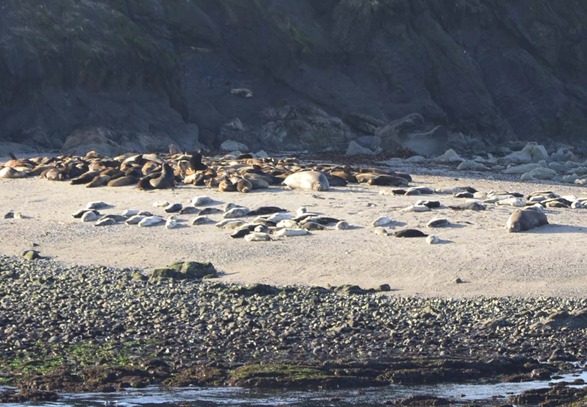 Also located along the Cape Arago highway is Shore Acres State Park, the site of a former mansion high on the cliffs.  Today, all that remains are the extensive gardens that are beautiful in the summer and that become a Christmas wonderland each night.  The gardener’s house is decorated and open with cookies and cider, choirs sing carols under the pavilion, and everywhere are brightly colored lights.  Pelicans fly through the air, a Gray Whale “spouts”, and seals swim – an amazing scene guaranteed to put you in the Christmas spirit. 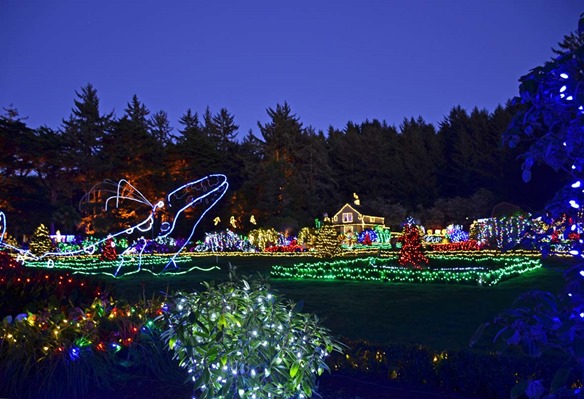 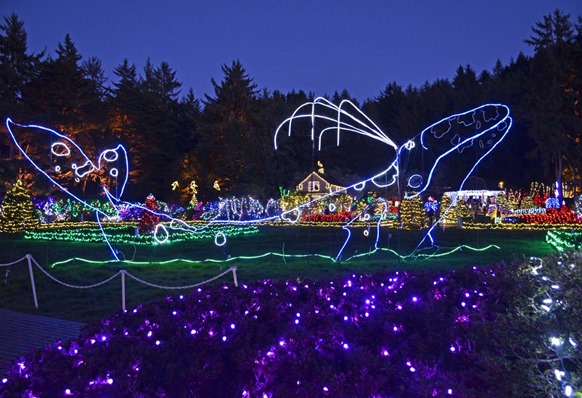 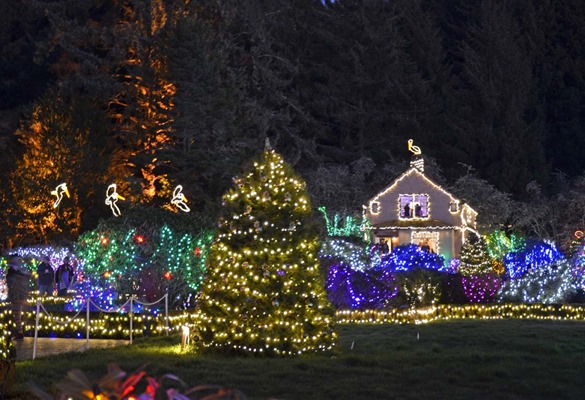 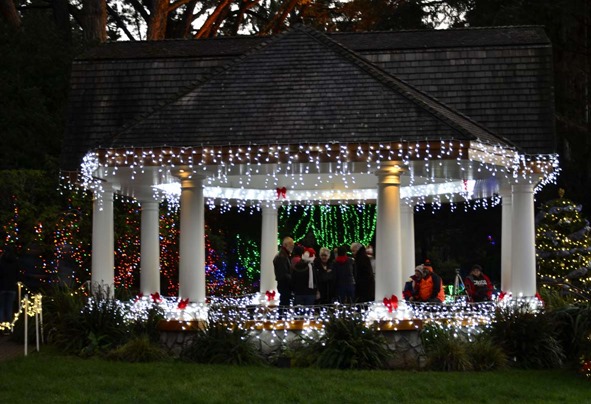 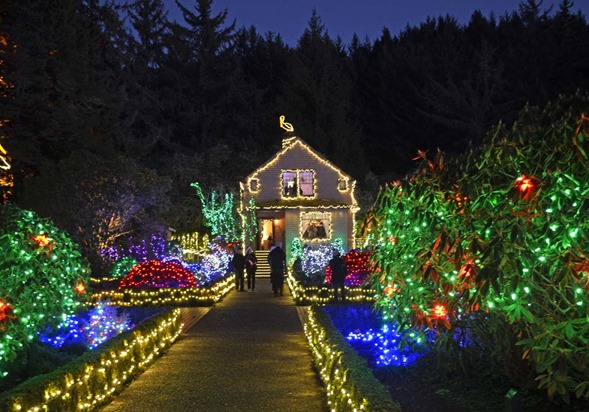 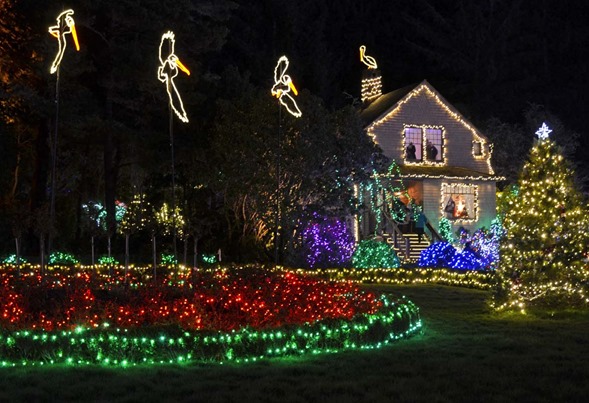 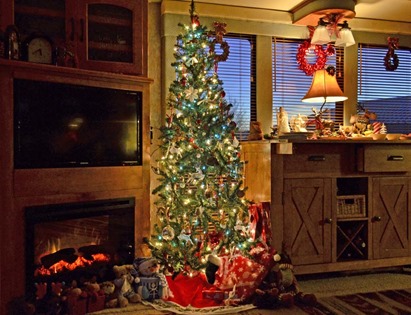 We’ve spent our Christmas in many locations in our full timing adventure, but wherever we are, we’re at home.  To all of you, from the both of us, we wish you a Happy Holiday Season, a Merry Christmas, and a healthy and enriching New Year!